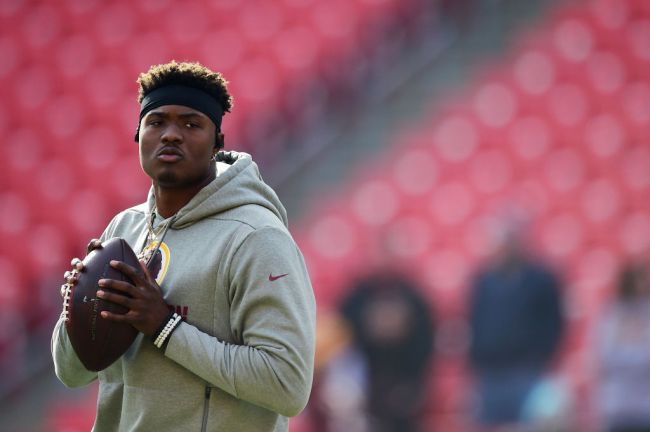 On Thursday it was reported that Haskins was the victim of domestic violence after his wife Kalabrya Gondrezick-Haskins allegedly punched him in the month and broke his tooth while the two were vacationing in Vegas.

The couple were staying in Las Vegas, and they were going to different events that night with their friends, police quoted Haskins as saying. He was going to a nightclub, and his wife was supposed to go to a “Magic Mike” show with a different group, the police report said.

Gondrezick-Haskins was upset with Haskins because he was supposed to wait for everyone to return to the hotel before going to the nightclub, he was quoted as saying. Police said Haskins told them that they began to argue but that he does not remember how he was hit in the mouth.

When paramedics arrived, however, Haskins told a medic that his wife punched him in the face, the police report said. It said he also told a hotel security member that “I want her out of my room, she hit me and cut my lip open.”

Days after the incident with his wife, an Instagram model put Haskins on blast on social media.

On Friday IG Model Vanessa Chantal released alleged text messages that apparently show Haskins demanding $20,000 in gifts that he wants returned. Chantal scoffed at Haskins’ demands and put him on blast on Instagram. 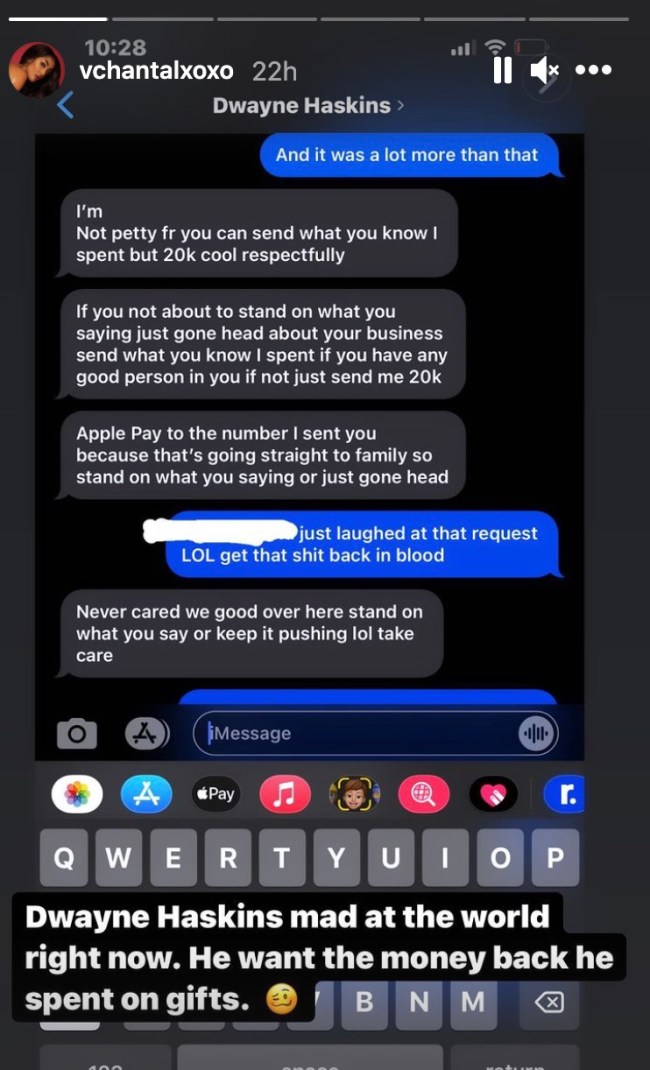 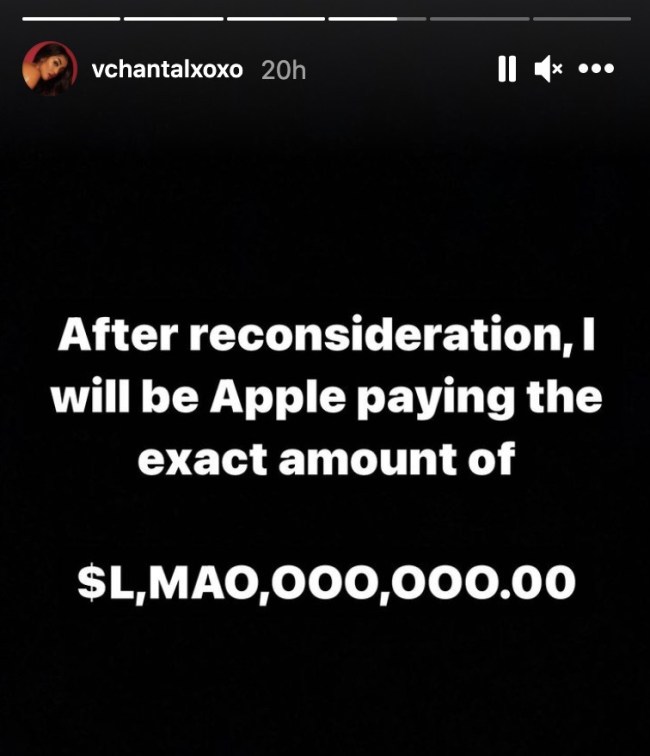