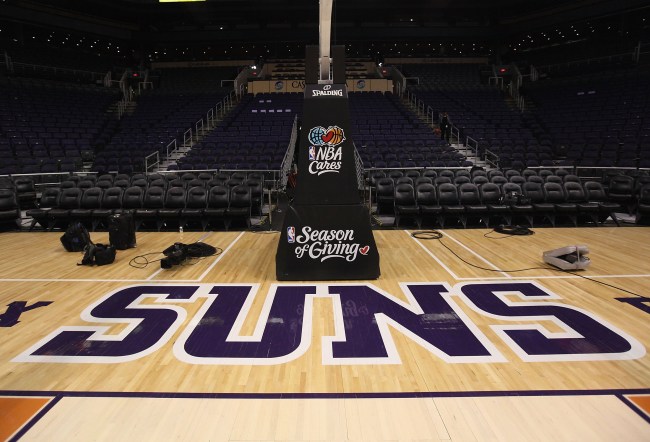 Before becoming one of the hottest teams in the NBA it appears that players on the Phoenix Suns team did some bonding during their time off.

On Monday night, famous Youtube podcaster Adam22 of the No Jumper podcast spoke to Instagram model Ayyyejae, who is close friends with infamous rap groupie Celina Powerll, and she told the story of how she hooked up with 7 members of a certain basketball team during her birthday on Memorial Day weekend.

Ayyyejae: On my birthday, my birthday is Memorial Day weekend and I seen them all at Drai’s like this one team..and I was getting f***** in a hotel room and they all pulled up and I sucked their d***.

An NBA fan asked what team was she talking about on the No Jumper podcast and she revealed that it was the Phoenix Suns.

Ayyyejae didn’t name the players in question but nearly half the team is suspect and of course, the Internet had jokes.

That's why the Suns went 8-0 in the bubble pic.twitter.com/U4Rwwu2uVD

Kawhi Leonard is a pioneer. He did load management, now the Phoenix Suns are too.

You can listen to the entire No Jumper podcast featuring AyyyeJae below.