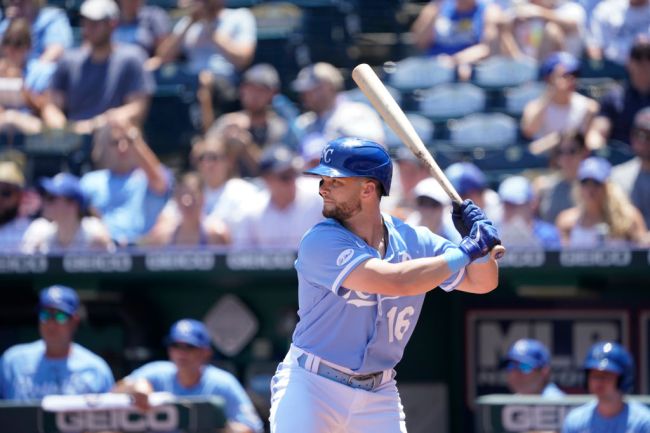 Holding a 4.5 game lead over the rest of the MLB, the New York Yankees are expected to be buyers before the league’s trade deadline to maintain their edge as they try to end a World Series drought of more than a decade.

One name in particular that had been brought up as a potential trade target is Andrew Benintendi. Benintendi has been very productive in his second season with the Kansas City Royals, with a .317 batting average, 37 RBIs, and 37 runs scored. Those numbers have earned him the first All-Star selection of his career.

Unfortunately, the Royals haven’t been quite as impressive this season. They currently hold the AL’s second worst record at 35-53. Their struggles have many expecting them to be looking to sell as the deadline approaches and with Benintendi’s contract expiring at the end of the season, he seems like a prime candidate for a trade.

However, it seems there’s one thing that’s going to make it more difficult for the Kansas City Royals to trade Benintendi. Benintendi isn’t vaccinated, making him ineligible for games against the Toronto Blue Jays. The Yankees have 6 games left at the Blue Jays and could run into them in the playoffs.

Yankees are unlikely to continue pursuit of Andrew Benintendi since he is unvaccinated. NYY has 6 games left in Toronto and could meet Jays in playoffs. Yanks are the one team to send their complete roster to play in Toronto.

The Yankees are currently 14 games ahead of the rest of their division and 15.5 ahead of the Blue Jays, so those 6 regular season games likely won’t mean much unless the Yankees really implode over the season’s final 74 games.

Still, it looks like the potential that they could meet the Blue Jays, who are still very much in the Wild Card hunt, in the playoffs is going to send the Yankees looking elsewhere for mid-season reinforcements.