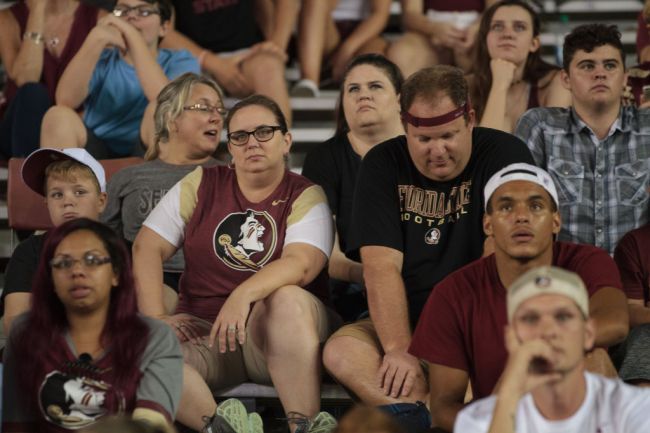 What happened on Saturday between Clemson and Florida State might be the single worst bad beat of all-time. No hyperbole.

For those of you who are unfamiliar with the term “bad beat,” it is when you lose a bet after it all-but looked like a guaranteed winner. What happened between the Seminoles and Tigers will go down in history.

Here is how it went down:

The closing betting lines for the game were set at the following numbers:

With four seconds remaining in the game, Clemson held a four-point lead. Florida State had the ball and needed a miracle to win.

The score stood at 20-24. If the score was to remain the same when the clock hit zero, the Seminoles would have covered and the Under would have hit.

However, what happened next was anything but ordinary.

At the snap, we start with three Tigers defenders in the frame, with the rest of the defense trying to prevent a Hail Mary. 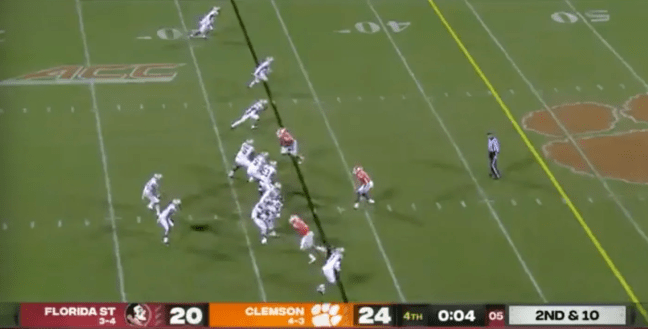 Quarterback Travis Jordan took the snap and completed a pass to the 43-yard-line with two blockers and an open field in front. 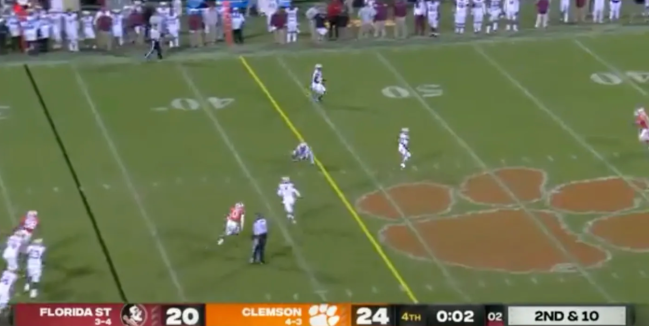 However, head coach Mike Norvell had dialed up a hook-and-ladder play, so the receiver pitched it back to his teammate who proceeded to throw the ball back 15 yards behind the line of scrimmage. 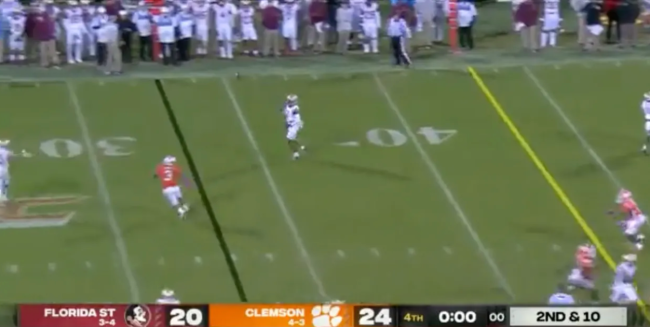 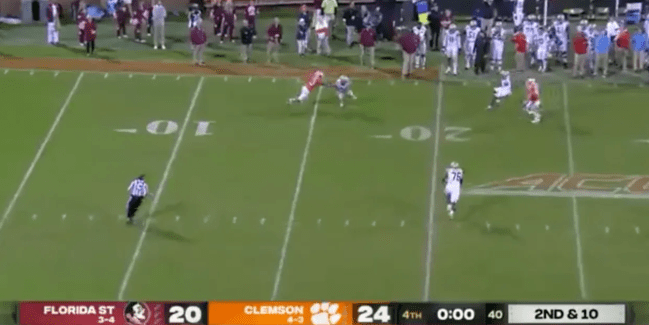 At this point, the clock was long since run out. All that needed to happen was for Florida State to get tackled and the score would have remained the same.

Instead, the Seminole at the 15-yard-line threw it back across the field. 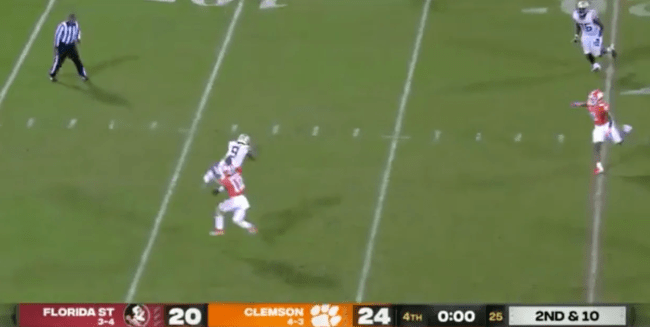 Running back Lawrance Toafili could not hold onto the backwards pass and Clemson recovered.

If he fell on the football, the game is over. Well, the Clemson defender scooped it up and took it back for a touchdown. 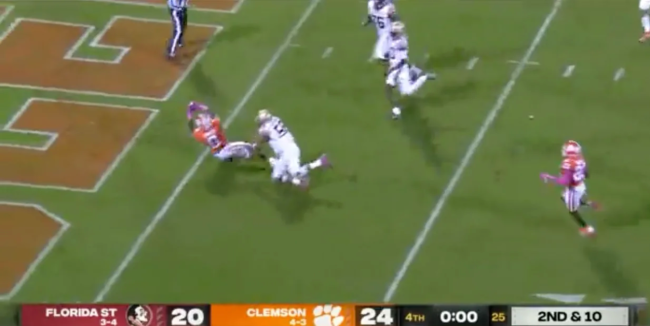 As a result of the score, which stood after review, Clemson covered -9.5 and the point total went over 49.5.

Here is the play in all of its glory:

The FSU-Clemson line was 9.5. The entire game was played within 4 points.

Then THIS happened on the final play 😳

As could be expected, college football fans and bettors on either side of the Over/Under and the spread were either devastated or thrilled.

Take a look at some of the best reactions:

If you have the Clemson-Florida State Under, seek shelter immediately

Watching my Florida State +9.5 bet lose in the most pathetic way possible pic.twitter.com/yt842ZRvVG

Prayers to anyone who bet Florida State

Take the shoelaces from anyone who bet Florida State and the under.

I cannot wait to see this on Scott Van Pelt’s midnight hour of SportsCenter. It was an all-time awful.