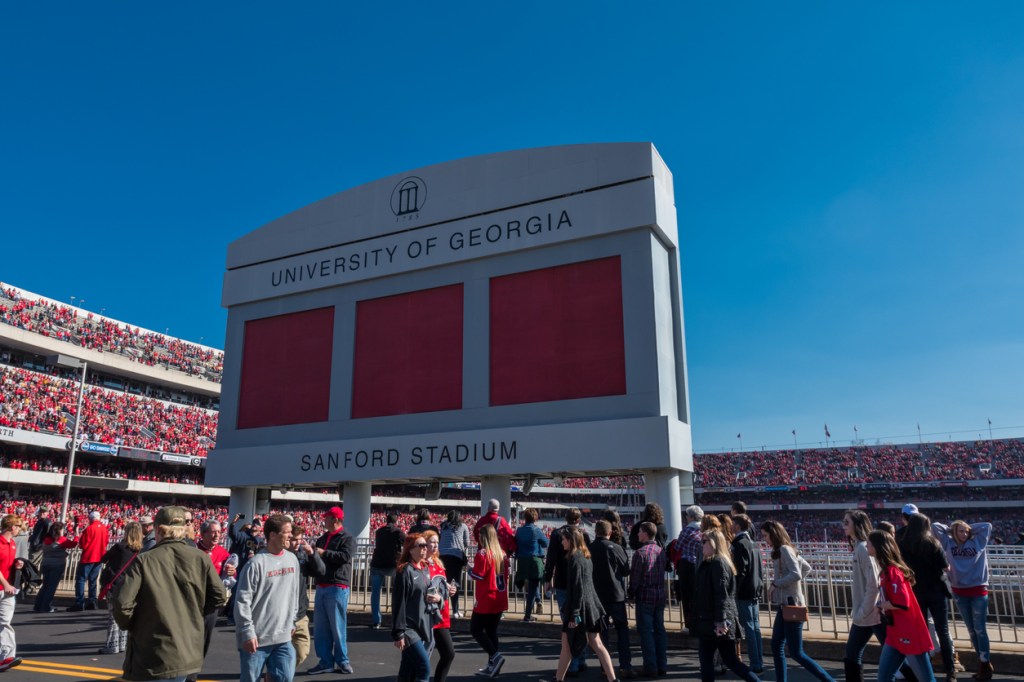 One of the worst-kept secrets in higher education is how athletes have an easier time getting into college than students who are only there to take classes and receive a diploma. And pretty much everyone acknowledges that the admission requirements are flexed for top-tier football players but there’s a wrongly-held belief that this doesn’t happy at Ivy League schools as well (it does).

Recent studies from Harvard and the Atlanta Journal-Constitution into SAT scores of athletes versus regular students highlight that (1) student-athletes are held to a MUCH lower standard of admission and (2) SEC schools and the Ivy League aren’t so different after all.

I came across this AJC opinion piece that starts by mentioning the U.S. Supreme Court looking into the issue of race in college admissions but quickly pivots to talking about athlete’s SAT scores. The Atlanta-based newspaper looked back at the incoming SAT scores for Georgia Tech, the University of Georgia, Georgia State, and Georgia Southern. What they found was a massive disparity between athletes and regulars.

They also list an annual survey taken by students admitted to Harvard and also found a massive disparity between student-athletes and normal students.

“An Atlanta Journal-Constitution investigation found the 2014 freshman class at Georgia Tech had an average SAT score of 1445. However, for incoming football players, the average SAT was 420 points below the class as a whole. Gaps were also found among athletes at the University of Georgia, Georgia State and Georgia Southern. The annual survey of admitted students by the Harvard Crimson found recruited athletes in the class of 2025 had an average SAT score of 1397, while non-athletes averaged 1501.”

An @ajc investigation found the 2014 freshman class at @GeorgiaTech had an average SAT score of 1445. However, for incoming football players, the average SAT was 420 points that. Gaps were also found among athletes at @universityofga and others. https://t.co/Jk9jeIzjOO

If you’re shocked by this you haven’t been paying attention.

Schools can easily and justifiably argue that student-athletes are more valuable to the institution than a regular student as athletics brings in revenue. That’s just reality.

Diving into those numbers from Georgia a little deeper, here’s how it shakes out. The state of Georgia’s minimum requirements at that point in time (2014) were ‘430 Critical Reading and 400 Math — or 830 combined’. What they found was “as many as 100 percent of football players have SAT scores in the bottom quarter of their freshman class at Tech. At the University of Georgia, roughly eight of 10 football players are in the bottom quarter.”

Furthermore, athletes below that 830 threshold could apply for a ‘presidential exception’ for special admittance. The aforementioned investigation found that Georgia Tech had a football player with a combined SAT of 590 and the University of Georgia Bulldogs had a football player with a combined score of 570. They cite that “just 2 percent of all SAT test takers nationally scored 600 or below, according to the College Board.” I’m not 100% sure why they’re referencing a 2014 study here and comparing it to the 2022 Harvard survey but numbers are numbers, I guess. They don’t fluctuate all that much year over year.

With that said, the Georgia Tech disparity is straight-up wild. A 420-point difference between student-athletes and regular students is a much wider gap than what I’d expect to see. A disparity of 220 points seems about right in my head but Georgia Tech also has a very intelligent student body bringing up those numbers.

I saw someone make a point online that I’ll echo here. I probably had better SAT scores/grades than the vast majority of student-athletes who were in my year at FSU but they provided A LOT more to the school than I ever did. I’d show up to class hungover and barely participate. For some classes, I’d only show up on the days of exams. The athletes were out there raising the profile of the university and the admissions standards are much higher now than when I was accepted.