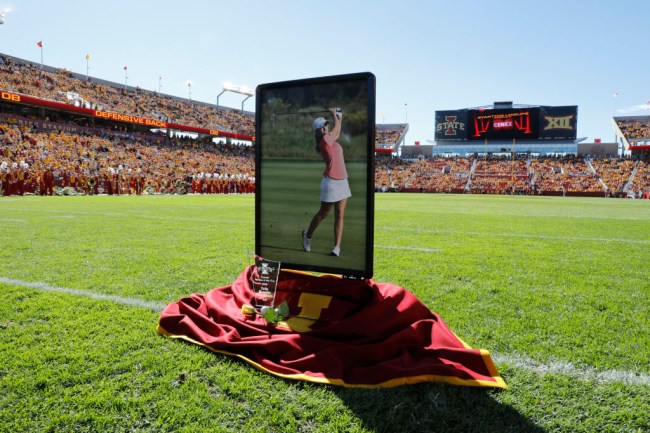 On Sept. 17, 2018, Barquin Arozamena was playing golf at Coldwater Golf Links in Aimes when Richards attacked and stabbed her on the golf course before her body was found in a pond located on the course. The 22-year-old Richards was later found in the woods that day where he had been sleeping.

It’s an unbelievably horrifying story as Barquin Arozamena was simply playing a round of golf just two miles from campus, a place she’s played hundreds of times.

Richards pleaded guilty to first-degree murder on June 14 and earlier this month he submitted an apology letter which stated “I want to show remorse for stripping a life from society. I want the family and you to know I’m sorry.”

On Friday the life sentence was mandated and there is no possibility of parole.

Barquin Arozamena, also 22-years-old, was the defending Big 12 women’s champion and was set to get her degree in civil engineering that fall while also getting set to take on Stage II of LPGA Q School.

Her parents, in their victim impact statement, had one request which was that “the values their daughter carried with her effort and constancy in her goals, friendship and love for those around her and a smile and positive attitude when facing daily problems be a part of everyone’s hearts. A person is still alive as long as their memory is.”

Iowa State football honored Barquin Arozamena before taking on Akron on Sept. 22 and the team wore ‘CBA’ decals on the back of their helmets.