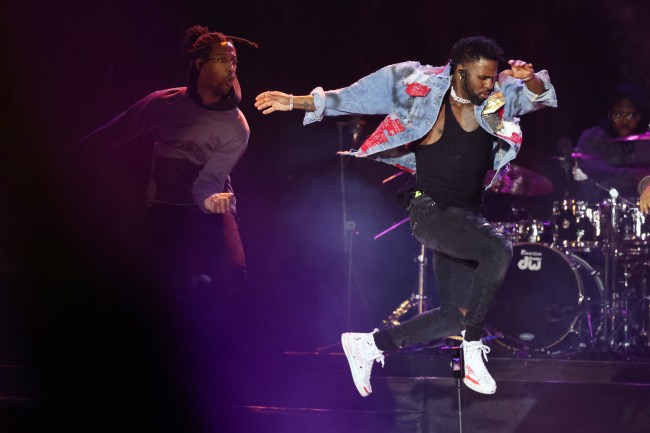 We learned something new about Jason Derulo today. We already knew the man could sing. We knew he could dance. We knew that the Masked Singer panel would guess him at least once per season. Today, we learned the man isn’t afraid to throw hands.

This morning at the Aria hotel in Las Vegas, Derulo swung at two men after one of them shouted “Hey, Usher! F*** you, b***h!!!” at him. Derulo appeared to have a body guard with him, but opted to handle this one himself, charging the guy who shouted at him.

In the video acquired by TMZ, you can see the whole fight unfold and a lot of the leadup, but there is definitely something missing. The group is clearly preparing for something when they start filming and one member of the group even acknowledges that it’s Jason Derulo.

You have to wonder what happened before this video. Celebrities likely get this kind of stuff yelled at them regularly because people are terrible. Under normal circumstances, you’d think it would be something he’d just brush off.

This can’t all be The Masked Singer’s fault. This can’t just come down to Jason Derulo getting tired of being mistaken for other R&B after being wrongly identified as Omarion and Todrick Hall. He can’t just have some really terrible memories attached to “Burn” or “Confessions Pt. 2”.

There is clearly something missing to this story.

Whatever it was that led to the incident, the men have declined to press charges against Derulo, although they have a year to change their minds.The Aria gave him a trespassing notice and kicked him off the property.

There are two major takeaways from this incident. Don’t yell at Jason Derulo in public unless you want that smoke and please Ken Jeong, don’t guess Jason Derulo when Ne-Yo is inevitably on season 7.