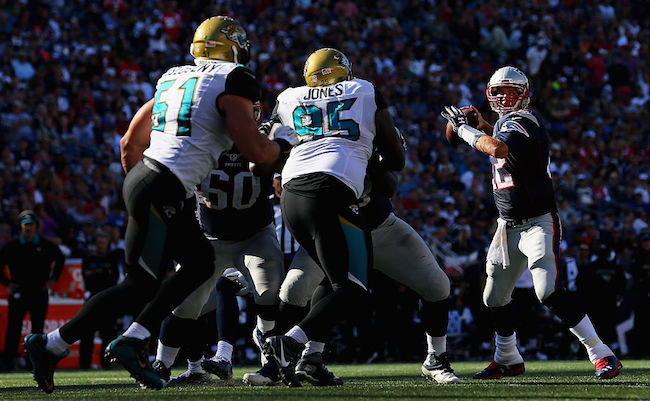 On Sunday, the Jacksonville Jaguars will leave the balmy confines of their city and head up north to take on the New England Patriots in the AFC Championship Game. The Jags have only beaten the Pats once since their inception and have never won a game at Foxboro, so the nine-point underdogs will have to rely on a miracle from Lord and Savior Blake Bortles if they want to play in the first Super Bowl in the history of the franchise.

Over the past week, the internet has been flooded with articles outlining how the Jaguars can pull off the upset— most of which can be boiled down to “be good at football” and “Don’t let Tom Brady be Tom Brady.” While I highly doubt the coaching staff is turning to the advice of armchair quarterbacks while crafting their strategy, they have acknowledged one suggested game plan— one that was sent to them by a bunch of first graders.

At a press conference on Monday, Jaguars coach Doug Marrone revealed a class from the Jacksonville’s Bolles School had sent the team a packet containing letters of support and undoubtedly expert advice for coming away with the victory.

Every first grader at The Bolles School sends Doug Marrone tips on how to beat the Patriots pic.twitter.com/VvbJXls0Cu

A Jaguars beat reporter shared a picture of the packet, which features some A+ artwork in addition to the carefully crafted approach to the game.

So some first graders from a Jacksonville school have some advice for the Jaguars on Sunday… pic.twitter.com/SWDOXIaWpq

Marrone didn’t give any additional details about the advice sent in by the class, who I can only assume took a break from learning how to differentiate between your left and right hand to analyze game film to look for weaknesses in the Patriots secondary.

You can never start ’em too young.