The Jacksonville Jaguars Gave Out The Most Guaranteed Money In NFL History, But Might Not Have Gotten Much Better 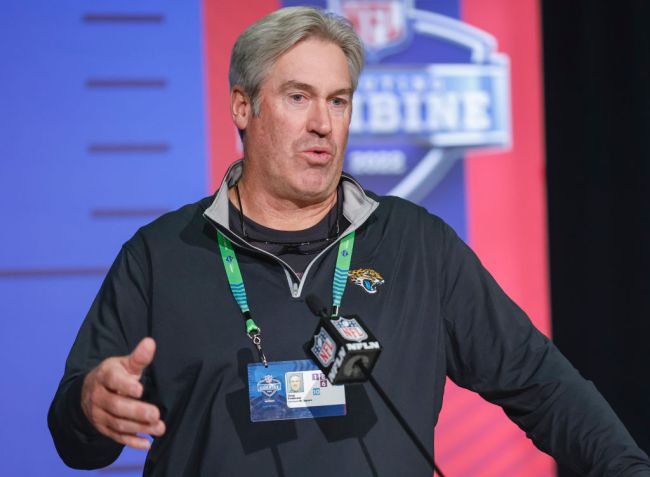 At the end of a disastrous last season, the Jacksonville Jaguars found themselves alone as the league’s worst team. Fans were dressing as clowns, their coach was constantly in the news, and the quarterback they spent last year’s top pick on was struggling. It was a low paint for the organization.

Then they started to respond in the way fans would have been hoping for. They fired the coach and brought in one who had won a Super Bowl. Then they started spending in free agency to try and turn things around.

In fact, they didn’t just spend. They dished out the most guaranteed money in a single offseason in NFL history.

The Jaguars have spent $175.3M in guaranteed money this offseason, the most in NFL history.

It’s really all a fan can ask for from a struggling organization is for that organization to be willing to spend to upgrade the roster. There’s just one problem. They didn’t really get all that much better.

The most guaranteed money from the Jaguars went to Christian Kirk. Kirk is a good receiver, but he was the number 2 in Arizona and he wasn’t great in that role until this past season. Zay Jones was a decent 3rd option for the Raiders last season, but in the 2 previous seasons, he had made a combined 41 catches.

Evan Engram was a bust for the New York Giants. Drops were a major issue for him and he struggled to earn targets even as the receiving corps struggled with injuries last season.

Brandon Scherff, Foye Oluokun, Darious Williams, and Foley Fatukasi are all solid pickups, but nobody the Jaguars signed is really a player who will make a huge impact for the team.

Even Vegas doesn’t seem to believe the Jaguars have improved much this offseason. Sportsbooks have set the team’s over/under for wins at 6.5 after they won 3 last season and they will still add the draft’s top pick. It only puts them ahead of 5 teams and two of those teams are starting Drew Lock and Sam Darnold.

It was a valiant effort from the Jaguars this offseason, but it doesn’t seem like one that is going to make much of a difference.