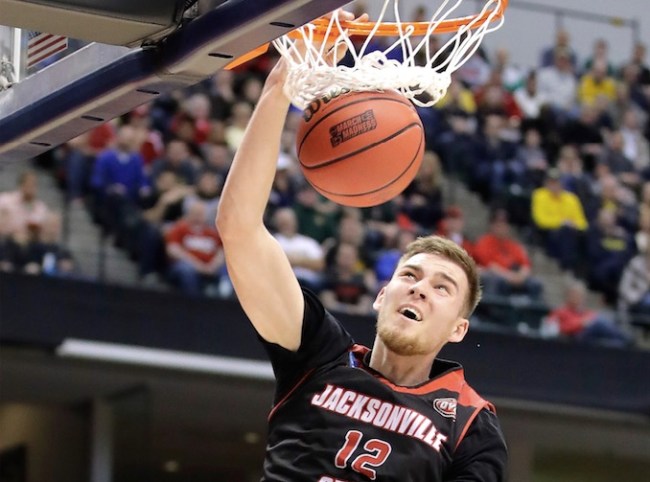 Imagine being 5,000 miles from the only life you’ve known just to play hoop. No old friends, no family, no nostalgic cuisine, no cultural normalcies. Well that’s basically how LaMelo Ball is living right now and it sounds awful.

Jacksonville State basketball player Norbertas Giga and LaMelo have swapped places, and save for the cameras following him around and his dad constantly demanding the spotlight, Giga must be feeling all the same emotions of homesickness.

The 7-foot center arrived in the United States from Lithuania in 2013 and has not returned home since. Imagine not seeing your mother for five years. As a momma’s boy, that’s tough for me to wrap my head around.

Norbertas Giga, who left Lithuania to come to the U.S. to play college basketball, thought he was going to be watching film with his coaches.

Giga is averaging 8.3 points and 6.2 rebounds per game. His 193 total rebounds are second most on the team, according to NCAA.com.

Jacksonville State faces Tennessee Tech in the first round of the OVC tournament Thursday at 6:30 p.m.

And I think I just became a Gamecock for life.