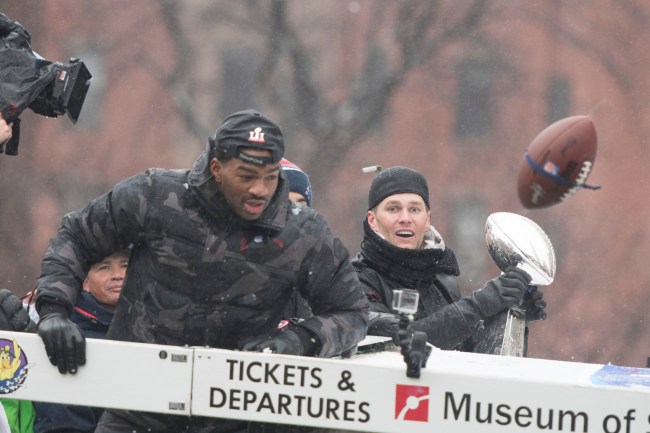 Jacoby Brissett’s tenure with the Patriots lasted only one season before the 27-year-old was traded to the Colts.

The NC State product, who started two games for the Patriots in 2016 while Brady served his four-game Deflategate suspension, was blessed with the rare opportunity to spend his first year in the NFL behind arguably the greatest quarterback and leader the game has ever seen.

In a conversation with NBC Sports Boston’s Tom E. Curran on Monday, Brissett described what Tom Brady, a man of many hats, means to him.

“He was hard on us, no question. It was the standard people had for us because we played behind Tom but it was more so you didn’t care about that standard, you cared about what Tom thought about you.”

“You cared about Tom’s standard,” said Brissett. “I’ll never forget some of the things he would say. If he saw me relaxing, he’d say, ‘You play quarterback, you can’t do that.’ For the most part, he kept us on our toes. He played those mind games with us.

“One day he’d love us up and another day he’ll be pissed and take it out on us. His expectations were way more something you were trying to uphold than what anybody else put on you. To be a part of it and to have Tom as a resource and creating so many friendships outside of Tom was invaluable.”

Brissett also revealed that QB1 instilled in him and his former fellow backup Jimmy Garoppolo that greatness isn’t a gift, it’s a process. When asked whether being a Patriot for a season was a blessing or a curse, he said:

“It’s a mixture of both. Everybody sees the finished product Tom (Brady) but Tom wasn’t what he is in 2018 or 2019 back in 2002,” Brissett told Curran. “That’s what makes it fun for me and for Jimmy too. People have these expectations for you and once you don’t reach them, it’s like, ‘Awww, you suck.’

“But at the end of the day, one of the best things I learned from Tom was him saying during our struggles that, ‘I didn’t get where I am just like that (snaps fingers). I struggled. I had my ups and downs.’”

Emerging from Tom Brady’s shadow must be near impossible, for nearly everyone.