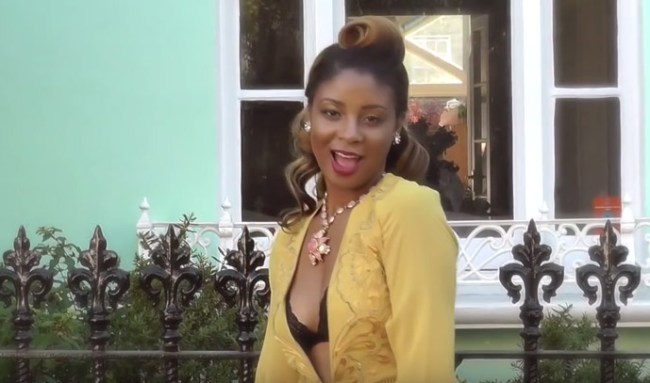 Jerry Rice’s sexy daughter Jaqui Rice is hoping to make her own mark in football by playing for the Los Angeles Temptation in the Legends Football League in 2017. This would be quite a departure from the usual occupation we see for most celebrity daughters.

According to Larry Brown Sports…

The Temptation, which competes in the Legends Football League (formerly the Lingerie Football League), are hosting an open tryout on Saturday at the Ontario Motor Speedway, about 40 miles east of Los Angeles. A media relations representative tells Larry Brown Sports that Rice contacted the league about trying out.

LBS was told that the team typically invites 80-120 athletes to tryout and also hosts private workouts. That means 200-250 athletes will be vying for 20 contracts with the Temptation.

If she has even a smidgen of her Hall of Fame dad’s genes Jacqui could be quite the star in the women’s football league. 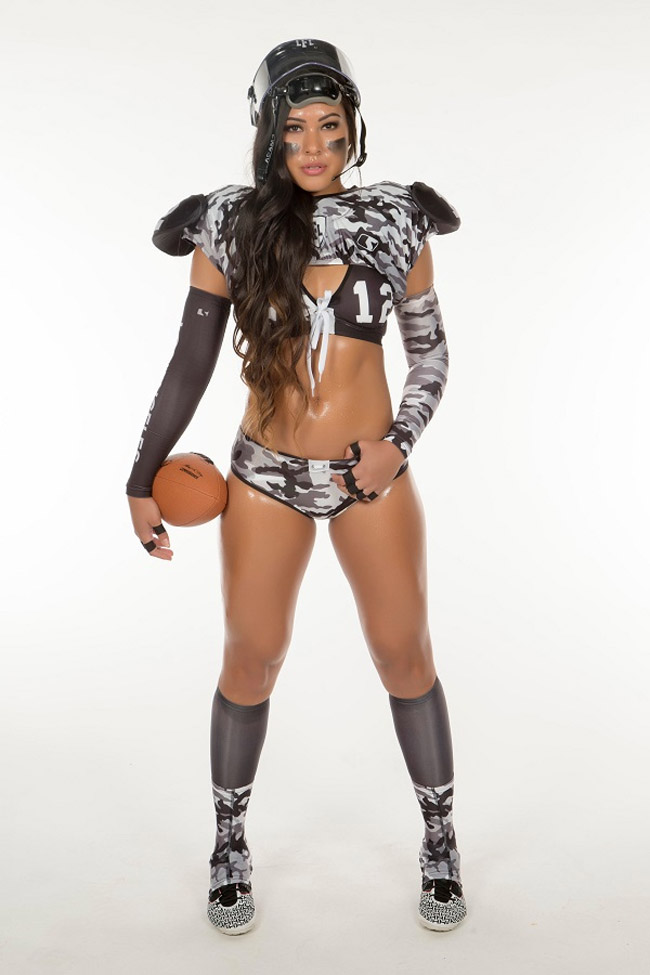 My guess is that if she has any skills at all she will make the team. How could a league like the LFL NOT want to capitalize on this name recognition? It certainly worked out well for Angela Rypien, daughter of Super Bowl XXVI MVP Mark Rypien.

And hey, if the whole football thing doesn’t pan out for Jacqui, at least she still has her music career to fall back on…