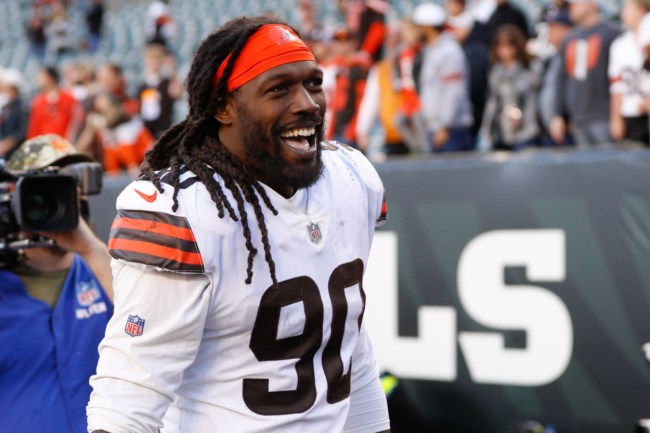 Jadeveon Clowney has played for three different teams in each of the last three seasons, but he’ll have some familiarity for the first time in a long time after re-signing with the Browns on a one-year deal last month.

Familiarity with the franchise wasn’t the only reason Clowney, who played 14 games for the Browns last season, chose to sign a new contract in Cleveland.

Clowney wanted to play with Deshaun Watson, who he spent two seasons with in Houston earlier in his career.

“I was all about what my boy Deshaun was doing,” Clowney told the media on Thursday. “When I played with him, he kept us (the defense) off the field a lot…I just wanted to go play with him and see what I could do with him again.”

Jadeveon Clowney admitted today he’s here because Watson is here. Added he’d probably be a Falcon if Deshaun ended up in Atlanta pic.twitter.com/ntKddX3RE9

Clowney also admitted that he likely would have ended up with the Atlanta Falcons if he didn’t re-join Watson and the Browns.

Now the very legitimate question is whether or not Clowney will actually get to play with Watson this season given the QB’s ongoing legal battles.

Watson is facing two dozen civil lawsuits alleging sexual harassment and sexual assault while a recent New York Times report stated the QB received massages from at least 66 women in 17 months. He could face a lengthy suspension from the NFL once the league’s own investigation wraps up and when, or if, his civil cases are settle.