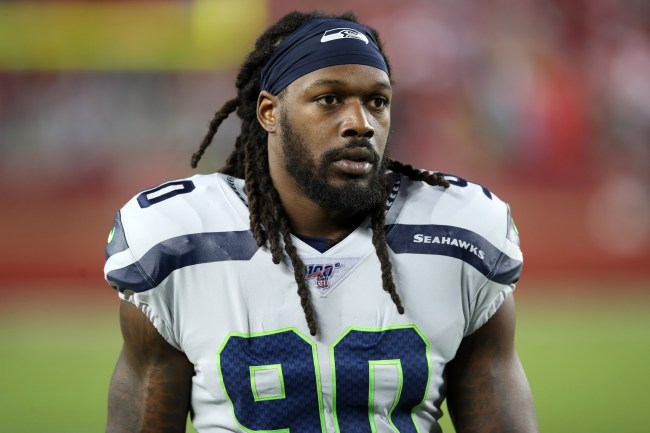 It’s hard to believe that Jadeveon Clowney is still a free agent, yet, after months of inactivity and a little bit of reported hardball, the former No. 1 pick is still on the free agent market. Just 27 years old, Clowney has had a few lingering injuries that may be a red flag for a few franchises, but, overall, one would imagine that adding a dynamic defender who has yet to enter his prime would be a good idea.

Of course, the hold up may not be on NFL teams, but, instead, Clowney himself.

Reports within the past month linked Jadeveon Clowney to just one beleaguered franchise, the Cleveland Browns, with the defender allegedly turning down an “aggressive offer” because he straight up didn’t want to play for the organization. If true, it showed Clowney’s trying to have his cake and eat it too — and he’s looking for an even bigger payday on a potential Super Bowl winning team.

That’s fine and all, but Clowney clearly isn’t viewed as a perennial All-Pro. He’s not the creme de la creme of defenders. He’s not Aaron Donald or Chandler Jones or Cameron Jordan. And he’s clearly got a reputation as somebody who teams don’t value as high as he values himself.

For that reason, it’s a little shocking to see Clowney’s reported list of preferred teams, which includes only the Dallas Cowboys and New Orleans Saints, per Tony Pauline of the NFL Draft Insiders Podcast. Take a look below at what Pauline said regarding the three-time Pro Bowler’s free agency.

“I was told the two teams on top of Clowney’s list, as far as where he would like to end up, are the Dallas Cowboys and the New Orleans Saints. He would definitely help both of those teams. Both of them are a little bit cash-strapped. The Saints shave less than $9M under the cap. The Cowboys are about $11.2M below the cap. So I don’t think either of that is going to be enough to bring Clowney in. They would have to do some significant maneuvering of salary in order to bring him in for a year if in fact those teams want him. I don’t know that they want him. I know that Clowney would like, wouldn’t mind ending up with either the Cowboys or the Saints from what I’m told.”

Uh, what? Does Jadeveon Clowney think this is “Create A Player” on Madden and he can just choose the NFL team he wants to play for? There’s absolutely no way in hell he winds up with either the Cowboys or Saints; mark my word.

Clowney has previously said he’s looking for anywhere between $15 to $20 million per year, and, according to Over The Cap, neither Dallas nor New Orleans even comes close to that figure. That means both of those teams would need to make some significant moves to maneuver to get the defender; which seems highly unlikely.

Both the Cowboys and Saints are expected to be in the playoff hunt next season, so Jadeveon Clowney’s interest in both makes plenty of sense. But the defender needs to decide if he’s willing to sacrifice less money in exchange for a potential Super Bowl run, or if he values cash over team success. Given the defender’s stance over the past few months, he wants both money and the perfect franchise, and, unfortunately for him, that doesn’t exactly seem possible at this point.