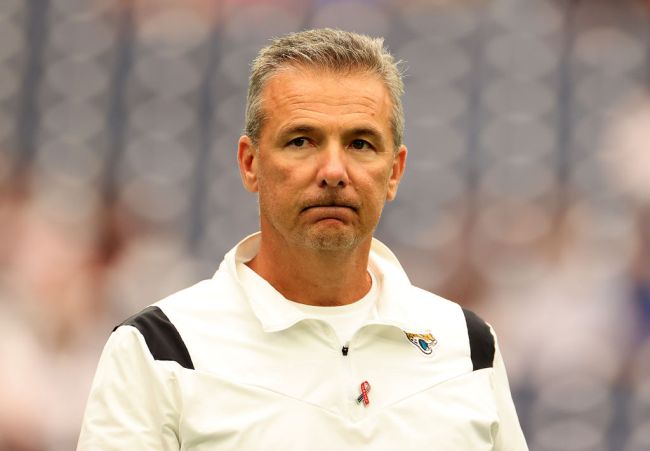 The Jacksonville Jaguars and Urban Meyer will face a long legal battle after his firing.

On Thursday night, the team fired Meyer for cause due to a “cumulation of instances” in the past year and are now refusing to pay him the remaining four years of his contract.

The Jacksonville Jaguars fired former coach Urban Meyer for cause, sources told ESPN on Saturday, with the intention of not paying him the remaining four years of his contract.

A source within the organization said the Jaguars’ reasons for withholding the remaining guarantees are not tied to one specific incident — but rather a cumulation of instances that Jacksonville’s officials believe justified the firing.

It is not unusual for situations like these — involving negated guarantees — to later be negotiated by the two sides to avoid a prolonged legal situation. It will be up to the lawyers involved in any negotiation between the Jaguars and Meyer to try to figure out if they can resolve the situation.

According to 247 Sports Allan Bell, the remainder of Meyer’s contract is worth approximately $50 million.

The Jaguars will owe Urban Meyer roughly $50 million on the remainder of his contract.

That said, could very likely change with this type of termination w/ cause if applic.

As @AndrewBrandt says, there will be lawyers.

…and my guess a settlement discussion.

Sportico’s Michael McCann believes things could get messy between Meyer and the Jaguars, but both sides will eventually settle.

The 2-11 Jaguars fire Urban Meyer. If the firing was for cause, Meyer will likely be denied remaining payments on his multiyear contract. He could sue for breach, but the Jaguars would have a number of incidents to cite. It could get messy–fast. My take: https://t.co/NYmvN5zaNo

Before Meyer could sue the Jaguars for breach, he would need to comply with any contractual language compelling alternative dispute resolution. Many employment contracts require that disputes first be heard through mediation and then arbitration before a complaint can be filed in court. In any action, Meyer would likely argue that none of his missteps warranted a for cause firing, that some of the missteps didn’t happen or didn’t happen as reported, and that the team erred in the process of evaluating him.

Most employment contract disputes are eventually resolved through a settlement, a process Meyer is familiar with. In 2018, he and Ohio State reached a contract resolution after he was suspended in the aftermath of a misconduct controversy involving assistant coach Zach Smith. In that dispute, Ohio State could have fired Meyer “with cause” but Meyer was poised to challenge it.