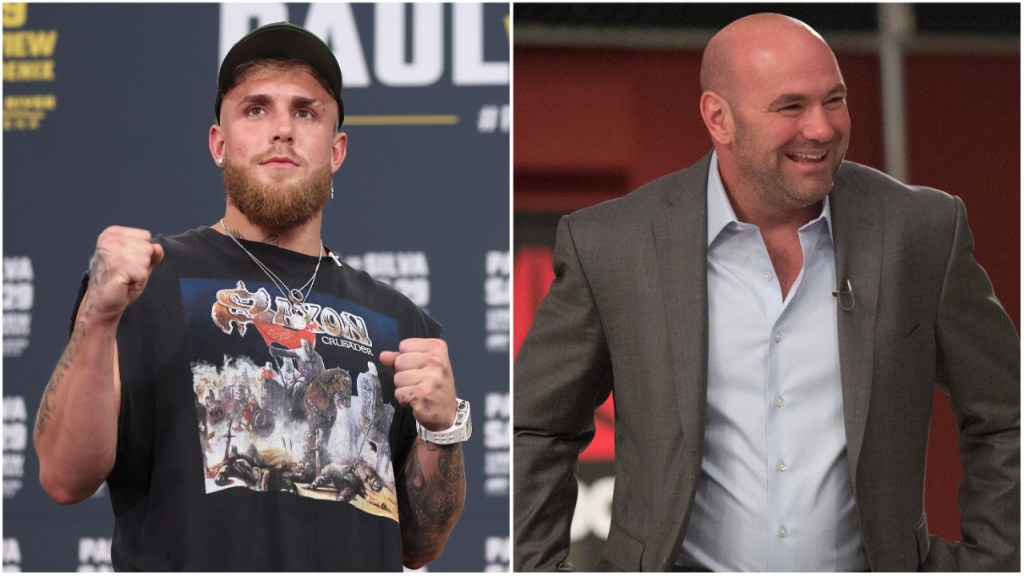 Earlier this week, Paul accused White of trying to sabotage his fight vs Anderson Silva.

Dana White is doing everything he can to hurt the Anderson Silva PPV promotion. The same Silva he said I would never fight. The same Silva he has kept out of UFC Hall of Fame. Just shows how much he fears what I’m doing. Trust me change is coming & we are getting organized.

“Some of it I can’t even speak on but he’s been sending cease and desists for my content promoting this fight, just doing things behind the scenes that are really shady, and we’re just finding out more and more stuff as the promotion goes on.”

As to why he thinks Dana has it out for him.

“I think it’s just because I’m the #1 figurehead that is exposing his business model, how much of a shark he is and how poorly he treats his fighters”

Paul will face off against Silva on Saturday October 22, live on Showtime PPV.