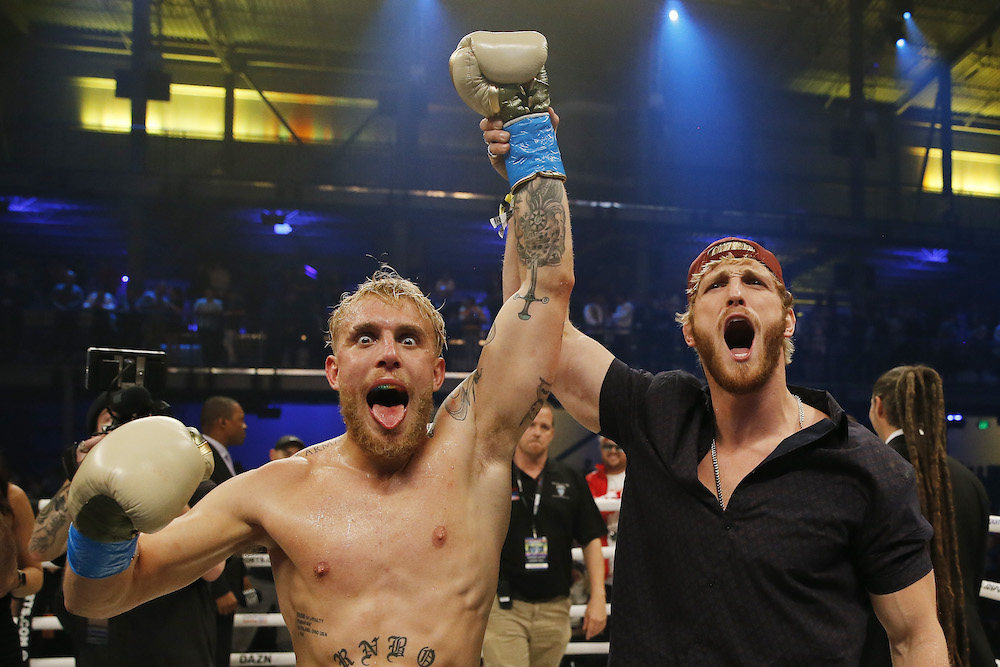 Jake Paul calls himself the “fighter in the family” which means either he’s the boxer or he’s the one picking fights with other family members.

Right now, Jake can also call himself the “voice of reason” in the Paul clan after being vocal about his brother Logan Paul‘s upcoming fight with Floyd Mayweather.

The interviewer asked Jake Paul if Manny Pacquiao and his lightning-quick hands couldn’t beat Floyd Mayweather, how does Logan Paul stand a chance?”

Meanwhile, the younger Paul is preparing for his own fight against former UFC fighter Ben Askren and making up excuses for not fighting Amanda Nunes.

Logan Paul is set to get his face punched in by Floyd Mayweather on February 20th.