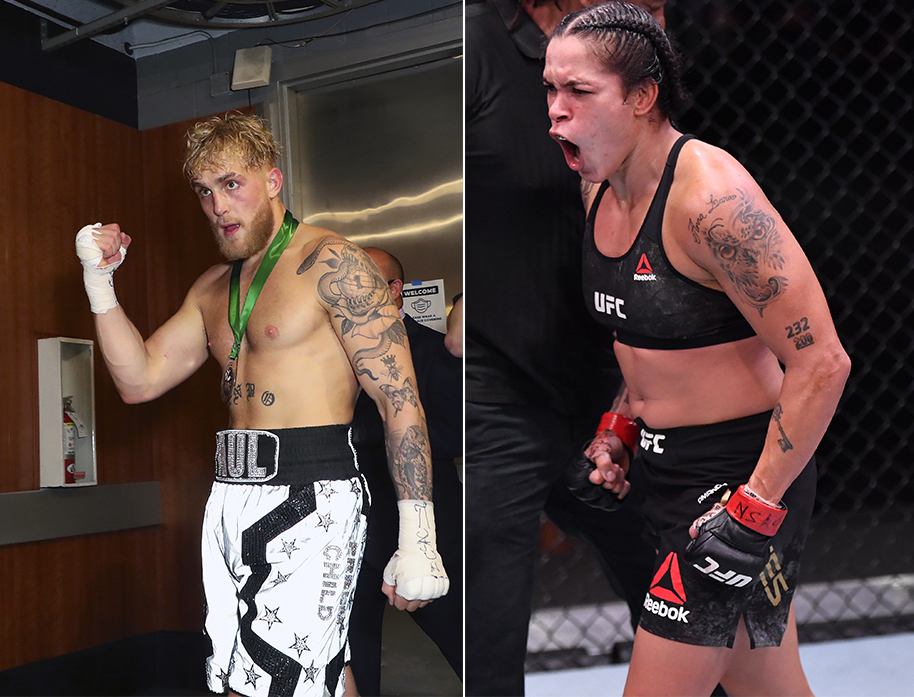 Jake Paul challenged all comers after knocking out Nate Robinson and turning the former NBA player into a meme. The YouTube star challenged LeBron, Rob Gronkowski, and Kanye to step into the ring.

Paul was riding so high after his knockout win, he challenged Conor McGregor to a fight and doubled down by insulting McGregor’s fiancee.

Unfortunately, McGregor didn’t bite, but more than a few actual fighters – and other athletes – offered to kick Paul’s ass in the ring.

The most interesting name to challenge the 23-year-old to a fight is current UFC Women’s Champion, Amanda Nunes.

Nunes tweeted that she’d be “in” for such a fight.

Unfortunately, fans won’t get to see Nunes punch Paul’s face in, because he won’t take the fight based on Nunes’ name value and “Instagram engagement.”

“I wouldn’t fight her. Waste of time. No one knows who she is. She has 1 million followers on Instagram, shitty engagement. There’s not a lot of hype there… Plus there’s no history. I want to knock out Dillon (Danis) because we’ve been talking shit back and forth for two years.”

Paul, to his credit, does know what would sell tickets stating that he’s got a history with Danis, he allegedly slept with his girlfriend, and he’s Conor McGregor’s friend and McGregor is Paul’s target.

Former UFC Fighter Ben Askren will be Paul’s next opponent on March 28th.