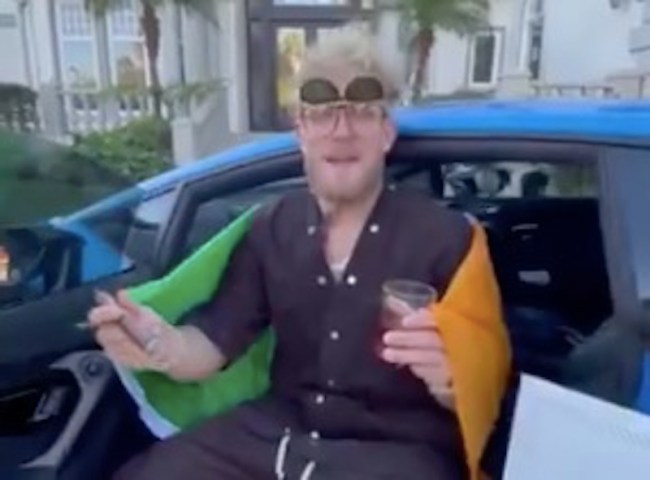 If you were born prior to the year, I don’t know, like 1997 or 1998, then you’ll probably relate to this: I feel immensely lucky that I, born in the year 1993, remember what life was like before cell phones and social media. The meaner way of saying that is I’m glad I snuck into the millennial generation and avoided Gen Z. Sorry, Gen Z, but I just don’t understand things like TikTok and Twitch and Jake Paul. 27-year-old man yells at cloud, I know, but life comes at you fast (quite literally in the case of a pandemic).

Back to Jake Paul, though, who’s certainly feelin’ himself after knocking out *checks notes* former NBA novelty act Nate Robinson, who — standing at 5’9″ — had zero professional fighting experience prior to being turned into an unconscious meme a couple of weeks ago. Now, Paul apparently thinks he’s a legitimate fighter after piling up a 3-0 boxing record against a collection of YouTubers and washed-up athletes, as he’s taken up to calling out Conor McGregor in a Twitter video that certainly includes some serious fightin’ words, such as mocking the appearance of McGregor’s fiancée. Paul also follows just one person on Instagram right now: McGregor’s fiancée Dee Devlin.

In addition to the shit-talking Clip, Paul also shared what appears to be a contract for the fighter, which would apparently pay McGregor $50 million for the bout.

To be fair to Paul, though, this is exactly what you should be doing when you catch lightning, or whatever the hell he has, in a bottle: swing for the fences. It’s a win-win for Paul, who either predictably and understandably gets beaten by a UFC great or pulls off one of combat sports’ greatest all-time upsets. Either way, if the fight does happen, he’ll get paid.

As for McGregor, while he certainly has more to lose, $50 million sounds like too large of a price tag to pass up. If anything will get him to respond to Paul, though, it’s this: McGregor has been with his fiancée since long before he was an international superstar.