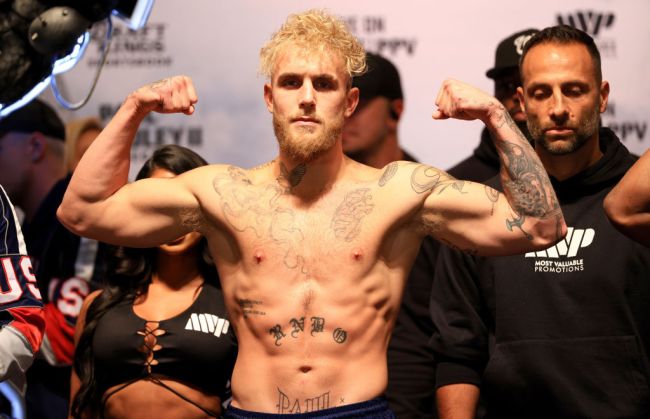 24-year-old Jake Paul appears to be having serious health issues after taking up boxing.

Before his fight against Tyron Woodley on Saturday, Paul sat down with Graham Bensinger and revealed doctors advised him to not do boxing because of the concussions he received while playing football in high school.

Paul didn’t take his doctor’s advice to quit boxing and claims he is already showing signs of mental deterioration due to fighting.

“That’s all they can advise as a doctor, I think before it was affecting me at a rapid pace because I never took it easy. I was always thrown in there with people who were way better than me until I started to slowly get to their level.

”He added: “You’re doing something that is detrimental to your long-term health.

“I notice it in conversations with my girlfriends or friends, not remembering something that I should be able to remember that happened a couple of days ago.

“Sometimes in my speech, there’s like every 100th or 200th word I’ll mess up or like slur, which I didn’t do that before.”

Earlier this year, Paul raised eyebrows when he had revealed that he was suffering from early signs of CTE.

.@JakePaul claims he has "early signs of CTE" heading into his boxing match against Ben Askren at #TrillerFightClub.

Hopefully, Paul listens to his doctors because it seems like he will be seriously impaired mentally if he doesn’t.