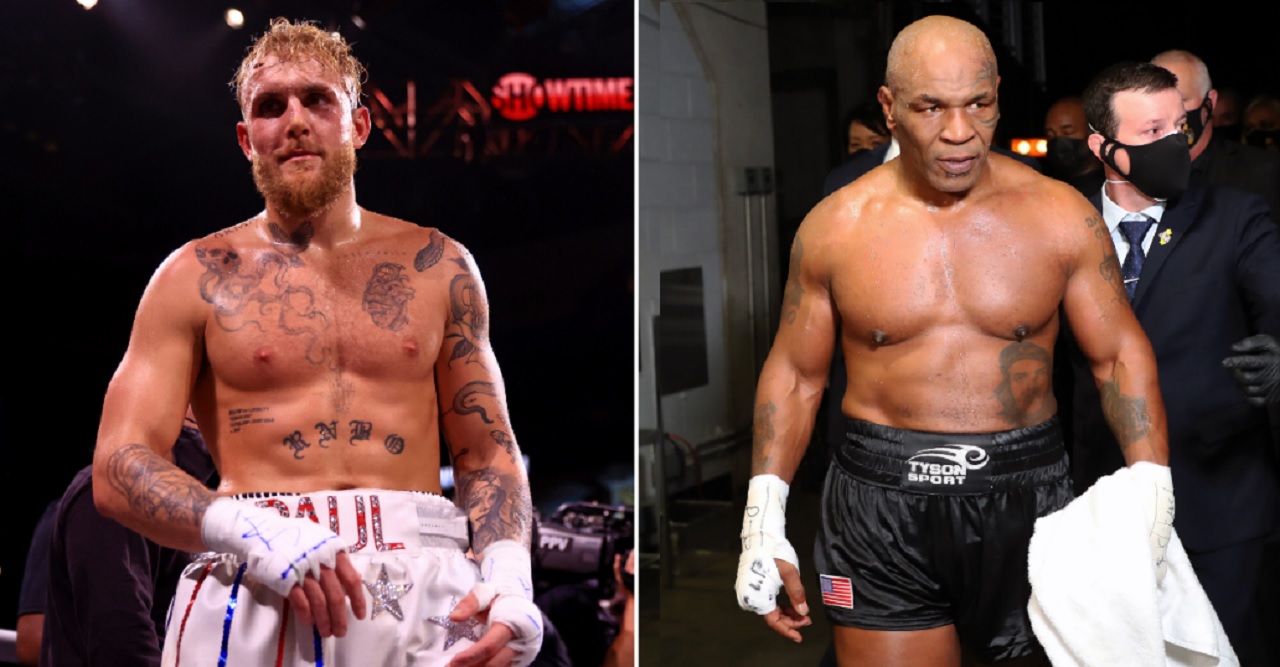 Jake Paul will not be fighting Mike Tyson next, and he thinks he knows why.

Earlier this week, Paul announced he was going to fight his former sparring partner Hasim Rahman Jr. on August 6th despite previous rumors of a fight with Tyson.

August 6 I’m showing the world that Jake Paul is a bad mother fucker.

Paul recently made an appearance on the Flagrant podcast this week and said he believes Tyson doesn’t want to hurt him now that the two have become friends.

“I want to start off by saying I love Mike Tyson. I love him, his family, he’s such a great guy, a wise man who has taken me under his wing.

“I owe him a ton of credit for helping me start my career with the Nate Robinson fight on his undercard.

“I think he thinks that he would knock me out, and I think that’s maybe the reason why he doesn’t want to do the fight.

“I think he wants to avoid maybe knocking me out, hurting me.”

Paul goes on to say that he does believe that he would knock out a 56-year-old Tyson.

“Maybe him watching this fight will help, and I think there’s a very very high chance that [I knock him out].