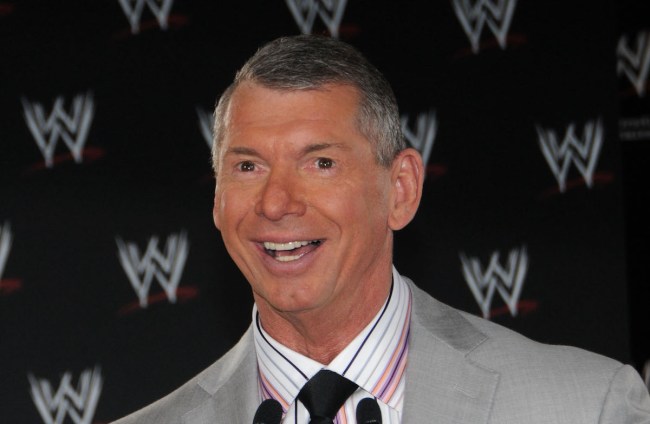 The expression goes that “art often imitates” life. On more than a handful of occasions, the real lives of professional wrestlers showed up in storylines on TV.

Jake “The Snake” Roberts addictions issues were one of the worst kept secrets in wrestling. Before ultimately getting sober with the help of Diamond Dallas Page, Roberts fell on and off the wagon several times.

In 1996, during one of his attempts to get clean, Vince McMahon decided to inject Jake’s real-life substance abuse issues into a feud with Jerry “The King” Lawler. During a segment of Raw, Lawler poked fun at Roberts and his drinking problem during a Mankind match.

Roberts knew ahead of time that Lawler would be making fun of his substance issues and the storyline called for Roberts to attack “The King” at the commentary desk. Mankind then attacks Jake, setting up a match between the two.

In another segment, Lawler tried to force-fee Roberts Jim Beam while he was knocked out in the middle of the ring.

During a recent interview with Inside The Ropes, Roberts recalled the bourbon segment, calling both Vince McMahon and Lawler “a**holes” for taking part in the angle.

Obviously, your battles with addiction have been well-documented and how you’ve amazingly overcome them, we all saw proof of that in the Resurrection of Jake the Snake, but you were involved in a famous rivalry with Jerry “The King” Lawler where he tried to force-feed you a bottle of Jim Beam. How did you cope with that? Was that the kind of thing that you had any reluctance or hesitancy to do – or did you see it as part of the storytelling?

“Well, I thought it was a horrible thing for McMahon to ask me to do. It was cheap, it was disrespectful, it didn’t prove a damn thing other than the fact that Vince McMahon’s an asshole, so there you go. Lawler, he’s in the same boat. Both assholes.”

Jake went on to say how he’s now, thankfully, on a different path in life.

“You know, I’ve got some issues that I have to watch, but it’s getting better all the time because I did quit smoking,” Roberts told ITR. “That’s really hard to do. I will be around for a long time, I have grandkids I want to hang out with now. I want to make somebody else miserable, so have fun. Yeah, I’m doing much better.”

Jake has been much more candid about his life, personal demons, and family issues in recent years. At one point, the WWE Hall of Famer wouldn’t discuss any of those topics on camera.

During a recent interview with Sean Oliver, the host of Kayfabe Commentaries recalled a scheduled interview with Roberts where Jake walked out before cameras even started rolling.

Roberts’s family will also be the subject of an upcoming episode of “Dark Side of the Ring.”

[via Inside The Ropes]