These Are 3 Possible Topics For ‘Dark Side Of Ring’ Season 3, According To Inside Sources 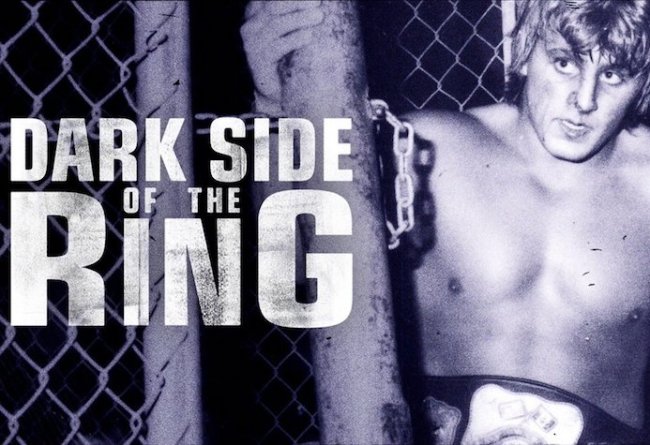 Fans of “Dark Side Of The Ring”, and wrestling in general, are all itching for season 3 of the popular series on Vice.

Unfortunately, much like most entertainment, fans are being forced to wait longer because of COVID-19 shutting down the world for an extended period of time.

The last fans heard about the series, executive producer Evan Husney was optimistic about another season.

In an interview with Sports Illustrated, Husney commented:

“A third season is something everybody involved wants to do. Vice wants to make a Season 3, we would love to see it happen, and we’re in those stages of conversation.

Right now, there are just a lot of question marks about the future of production, and even the future of the world. Our show deals with a lot of travel, and we’d love to go international to places like Japan in Season 3, but there is a lot of uncertainty in terms of that.

I can say that all parties want to see this happen, and there is no shortage of stories for us to cover. We’ve put a lot of thought into it already, and we’re getting ideas from people every minute on social media, which is awesome.”

Production on many movies and TV shows have resumed with travel restrictions loosening and social gathering limits getting a bit larger.

This is good news for wrestling fans as season 3 of “Dark Side Of The Ring” is in the works, according to PWInsider, and the planned topics for a few episodes have been revealed.

PWInsider reported that “interviews have been conducted for a planned episode regarding Grizzly Smith and his children, Jake ‘The Snake’ Roberts, Rockin’ Robin, and Sam Houston.”

Additionally, on a recent episode of “83 Weeks with Eric Bischoff”, the former head of WCW shared that he shot interviews for two possible episodes.

One episode on the career and death of Brian Pillman and another on the “Collision in Korea” co-branded event between New Japan Pro Wrestling and WCW, held in North Korea, in 1995.

Bischoff and co-host Conrad Thompson did a deep dive into that monumental and nerve-wracking event on an episode of “83 Weeks.”

An episode about Brian Pillman should be fascinating and revealing and highly emotional. The Grizzly Smith episode will be entertaining though I feel Jake Roberts should also have a stand-alone episode of “Dark Side Of The Ring.”

Vice is yet to announce an official premiere date for the third season of “Dark Side Of The Ring.”

Season 2 is currently available to stream on Hulu.