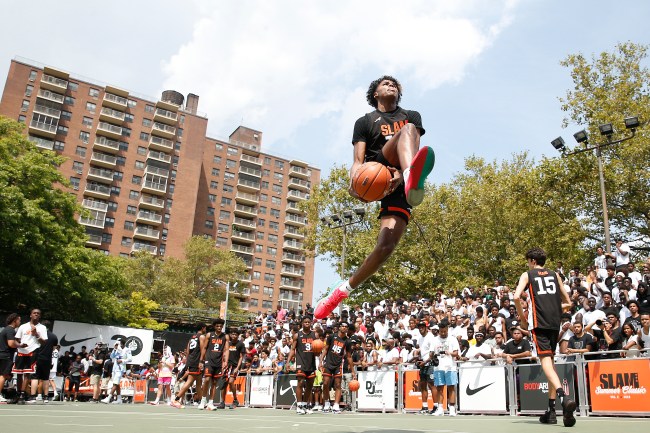 The NBA’s G-League is making moves,

On Thursday afternoon, the NBA’s minor league announced that they had signed Jalen Green, the #1 high school basketball recruit in the country and potential #1 pick in the 2021 NBA draft.

Green will be getting paid $500k, will get a college scholarship and will have the ability to make money off endorsements.

California high school star Jalen Green, the No. 1 prospect in the 2020 ESPN 100, is making the leap to a reshaped NBA professional pathway program — a G League initiative that will pay elite prospects $500,000-plus and provide a one-year development program outside of the minor league’s traditional team structure, sources told ESPN.

G League will also provide Jalen Green with a full-ride college scholarship: “I’m still going to be able to go back to college and finish school. So, it’s not really that I’m missing out on college because I can go back and finish whenever I need to.” https://t.co/PlSi5yaYBP

Green was also enticed by a new G-league initiative that will see him get coached by former NBA veterans to mentor him.

The NBA’s plan is to stock this team with veteran pro players who’d be willing to balance mentorship of Green and other prospects with the personal opportunities that might emerge because of the intense NBA scouting exposure that will come with these teams.

Former NBA coach of the year Sam Mitchell is expected to be considered as one of the candidates to lead the team, sources said.

Abdur-Rahim and G League executive Rod Strickland have spent over a year communicating with families of top prospects about changes that would be needed in the NBA’s original plan to deliver a viable alternative to college basketball and other global professional leagues.

By going to the G League, Jalen Green receives $500K, a full college scholarship, skill/life training, and will face tougher competition than college offers with coaches focused on development. Sure seems like an easy choice for elite HS recruits instead of dealing with the NCAA.

Green isn’t the only top recruit to opt-out of college today. Isiah Todd will also join him in the G-League next season.