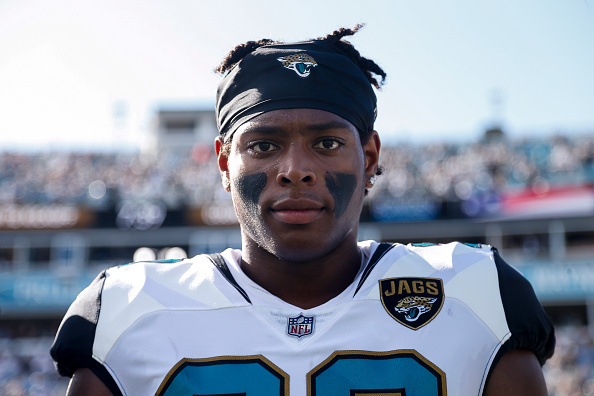 Jalen Ramsey has had a pretty eventful offseason. Just a few weeks ago the Jags corner made waves when he rated several of the top QBs in the league in an interview with GQ magazine.

I see no lies.

n general, Ramsey continues, fans underestimate the effect that quarterback play has on wide receivers. For example, he says, look at Danny Amendola, who just signed with Miami. “Or is it Edelman?” he asks out loud. He mulls it over. No — he’s thinking of Amendola. “He just got a brand-new contract and he is terrible,” he says. “People think he’s so great. No, he’s not. Tom [Brady] made him look good. Tom could take me as a receiver and I’d be a first-team All-Pro.”

Ramsey also believes that Rob Gronkowski isn’t as good as many in the media make him out to be.

When I mention that the Patriots still have All-Pro tight end Rob Gronkowski, he makes a face. “I don’t think Gronk’s good.” Registering my involuntary blinking, he course-corrects. “Let me say — I don’t think Gronk is as great as people think he is.” Before the Patriots game, he explains, he had the Jaguars’ analytics staffers pull some numbers for him. “Any time Gronk has been matched up with a corner, he’s had a very bad game — and that corner has had a very good game.” (Gronk has performed much better when lined up in the slot than he has on the perimeter, where he’s more likely to encounter elite corners — his catch rate drops from 71 percent to 56 percent, which is lower than that of the average NFL tight end.

Ramsey also went on to say that he believed the refs cheated the Jaguars against the Patriots in this year’s AFC championship game.

When I ask if he wants revenge on the Patriots after Jacksonville blew a lead in the AFC championship last season, he scoffs. Like many Jaguars fans, Ramsey believes the refs were biased (“It was clear as day they wanted them to win,” he says) and Myles Jack should have been allowed to keep running after he recovered a fumble (“He wasn’t down”). But he also thinks his team deserved to lose after softening its game plan in the second half. “People say, ‘Y’all should use that as motivation.’ No, we shouldn’t,” he says. “Why should we use it as motivation when we were up on a team and then we — and the refs — let them get back into the game?”

Jalen Ramsey's comments on Amendola are silly. 3 playoffs of multiple game saving catches and runs. You can't be terrible if you do that. And yes Jalen you prob would be an all-pro playing WR w Brady. You're huge and an insane athlete #besmarter

Bet he didn't feel that way when pretty boy Danny beasted on them with 2 TDs #Beast pic.twitter.com/8XFnyvFvEn

There’s going to be a lot of heat coming Ramsey’s way from teams who are going to use his words for bulletin board material let’s see how everything works out for him.