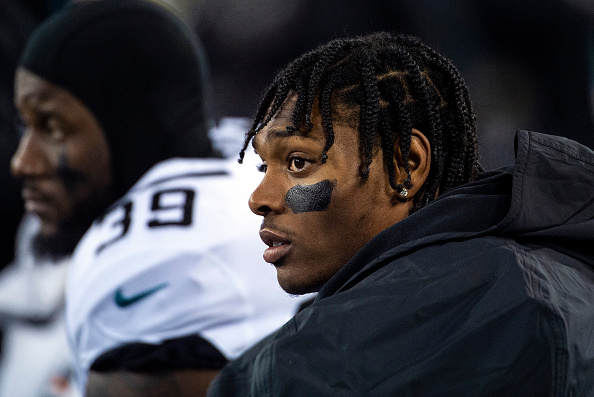 The Jacksonvile Jaguars fell to 4-10 when they lost today to the Washington Redskins 17-14.

After the game while speaking to the media

Asked if he is worried about coach Doug Marrone's job security, #Jaguars CB Jalen Ramsey said: “I ain’t worried about nobody but myself.”

Some Jags fans weren’t pleased with Ramsey’s response to the question.

lmao what a ringing endorsement by our leader

Jalen Ramsey is the same guy who took potshots at other players this offseason. That's cute when things don't matter. Now it looks bad and the fact that he won't even defend his coach looks evev worse. #Jaguars

This sums him up and the rest of the defense perfectly this season.

While others sided with Ramsey.

Y’all are trying to Tear my dawg Jalen Ramsey down.. All he is sayings is he isn’t worried about something he has have no control over… also He has to make sure his job is done before He has to worry about somebody else’s job… y’all taking it out of proportion.

Why worry about something you have absolutely no control over! Water under the bridge at this point

What do people expect him to say?? Not point worrying about things you can't control 🤦‍♂️

Why worry about something you have zero control over and I don’t care are two different sayings & meanings! Y’all are sad forreal. God bless

It seems like the Jaguars are content in blowing things up this offseason so Ramsey will probably not have to worry about the team in the near future.