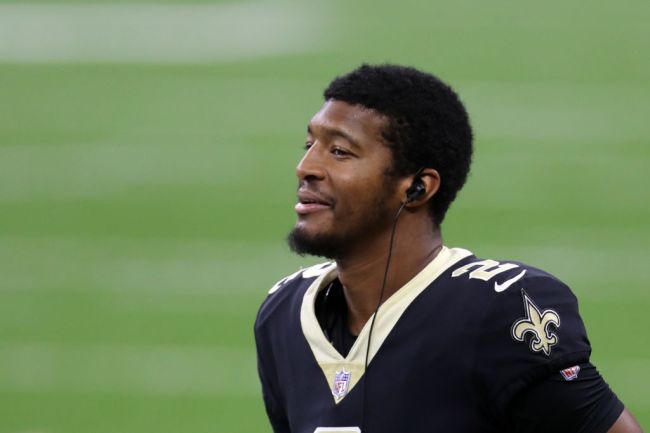 Jameis Winston isn’t going to let the opportunity of being the starting quarterback for the Saints this season pass him by.

While Taysom Hill will get his fair share of snaps under center, all signs point to Winston being QB1 in New Orleans this year, which means we’re going to be gifted with even more great workout videos from the man himself.

A new clip made the rounds on social media on Tuesday and it did not disappoint. In the drill, Winston is having to make his way around two dummies while getting the hell beat out of him by a trainer simultaneously keeping his eyes on someone or something that’s changing numbers every few seconds.

The drill itself is legitimate, it reminds him to keep his eyes downfield despite pressure, but that doesn’t mean we can’t laugh watching him do it.

The only thing this video is missing is the trademark Winston eye-squinch, but after getting Lasik done the former Florida State standout can see.

Some of the responses to the video on Twitter were pure gold:

Man planning on staying in the pocket for 15secs