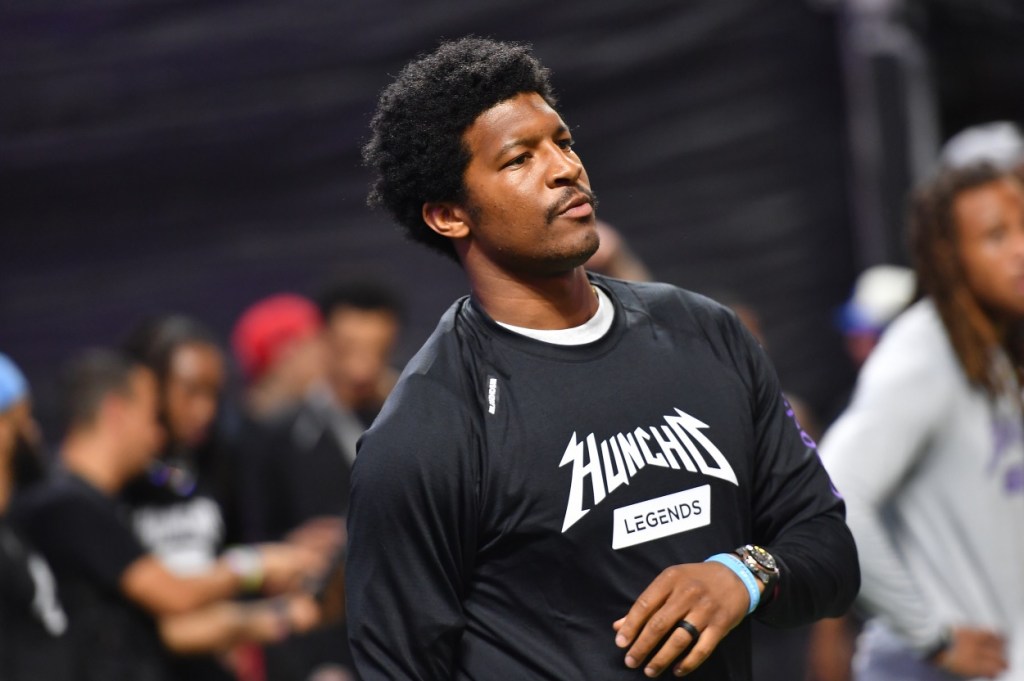 The first rule of being a Jameis Winston fan is ‘never try to decipher what he’s talking about word-for-word’ or you’ll always end up thoroughly confused. And the second rule is paying close attention to everything he says because you never know when he’ll drop an all-time quote out of nowhere.

Jameis Winston is currently battling his way back from ACL and MCL injuries sustained in Week 8 against his former team, the Tampa Bay Buccaneers. All signs indicate that Famous Jameis will be rip roaring and ready to go by the Saints’ season opener but Jameis isn’t counting his chickens before they hatch.

In this clip, we see a relaxed Jameis Winston listening to Marvin Gaye’s ‘Got To Give It Up’ while talking about his long hair. He reminds me a bit of Jack Donaghy in the Season 5 opener of 30 Rock (episode titled The Fabian Strategy) when Jack just got back from his honeymoon with Avery Jessup and has an unruly beard after living his best life. Mr. Winston appears in excellent spirits here and he even references the Biblical power of Samson as part of the reason for his long hair.

Jameis Winston said he isn’t cutting his hair until he’s back out on the field.

“When I got hurt, I was like man, I’m not going to cut my hair until I get back out on the field. Then I just like this look, especially with the mustache.” 😂 #Noles (via @RealSuperNola) pic.twitter.com/vma1fmyjIV

Jameis Winston: “When I got hurt I was like ‘man, I’m not going to cut my hair until I get back on the field.’ So it was just something that I decided.

Then I just liked this look. Especially with the mustache. But when I pick it out, when I have the ‘fro. Oh my god, I feel like Earth, Wind, and Fire. Like I could be a singer or something.”

The Story of Samson

Jameis Winston referenced “it’s about the power in Samson’s hair” as part of the reason he hasn’t cut his hair yet. Samson is a biblical character from the Book of Judges (Chapters 13-16) and the ‘last of the judges of the ancient Israelites’ according to Wiki.

Samson was written as having unimaginable strength. He slew a lion with his bare hands and ‘massacred’ and entire army using only the jawbone of a donkey. And his power was derived from his long hair. If he cut his hair then his vow would’ve been broken and he would lose that strength. Ultimately, he was betrayed by Delilah who had his hair cut while he was sleeping. If none of this is ringing a bell you can flip open the Old Testament and read all about it or check out his entry on Wiki.

Hearing Jameis Winston talk about his magnificent hair like Samson’s would have me worried as a Tampa Bay Buccaneers fan if we didn’t have Tom Brady as our quarterback. The NFC South is ours, with or without Winston’s biblical hair.

Jameis recently graduated with a degree from Florida State eight years after he left for the NFL. Despite still being on the mend from his ACL and MCL injuries he certainly appears to be living his best life lately and that hair is working for him.