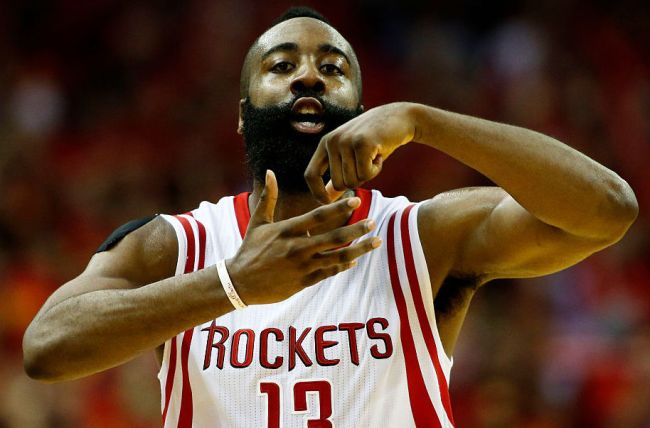 It’s safe to assume most people who’ve played organized sports at basically any level know what it’s like to either be teammates with or face off against someone who has the kind of skills that allow them to do whatever they want and makes you wonder if you should just quit altogether because you know you’ll never possess even a sliver of the talent they have no matter how hard you try.

Most coaches would like you to believe they treat all of their players equally regardless of what they contribute to the team but anyone who says that is more full of shit than a Porta Potty on the last day of a music festival. Sure, they might not admit to giving stars preferential treatment, but if your primary goal is to win as opposed to making sure no one gets their feelings hurt, you’re going to do what you can to keep your marquee player happy.

It’s not exactly a secret that the Houston Rockets have bent over backward in an attempt to please James Harden, which isn’t too hard to understand when you consider just how vital the centerpiece of their offense has been to the team’s success. Unfortunately, it doesn’t appear the lengths they’ve gone to have been enough to buy his loyalty, as the former MVP has made it pretty clear he wants a change of scenery after eight seasons on the team.

Earlier this month, we learned Harden had skipped voluntary workouts in favor of attending Lil Baby’s birthday party in Atlanta, and last week, he justifiably caught a ton of shit after he was unable to participate in the first practice of the season because he was hanging out in a strip club in Las Vegas without a mask the prior night.

It appears James Harden was partying at the Blume Restaurant in Las Vegas last night with rapper Lil Baby and others.

I have added a thread of video evidence below.

While the Rockets obviously didn’t endorse that excursion, it appears the same can’t be said about some of the other trips he’s previously made there, as ESPN recently published a report concerning the many ways Houston attempted to placate the superstar and its sources claim the team routinely gave Harden permission to skip practices so he could hop on a private jet and blow off some steam in Sin City.

Multiple people familiar with the organization says the team has an unspoken policy to let Harden do basically whatever he wants in an attempt to stay in his good graces. While this has understandably resulted in some internal tension, one unnamed member of the coaching staff explained why it’s not too hard to understand why “he’s never heard ‘no’ before,” saying:

“If they have multiple days off, everybody knows: James is going to fly somewhere else and party. But he’s going to come back and have a 50-point triple-double, so they’re OK with it.”

It’s worth noting Phil Jackson basically took the same approach when it came to dealing with Dennis Rodman when he was coaching in Chicago, as I spoke to the flamboyant forward last year and learned the Zen Master actually encouraged Rodman to hit the clubs and tables between NBA Finals games in 1997. That worked out pretty well for the Bulls but the same can’t be said for the Rockets, as the Western Conference Championship has been a glass ceiling they’ve been unable to crack during Harden’s time with the team.

With that said, Harden isn’t exactly known for his humbleness and selflessness, so if the Rockets didn’t see this coming, they really have no one to blame but themselves.