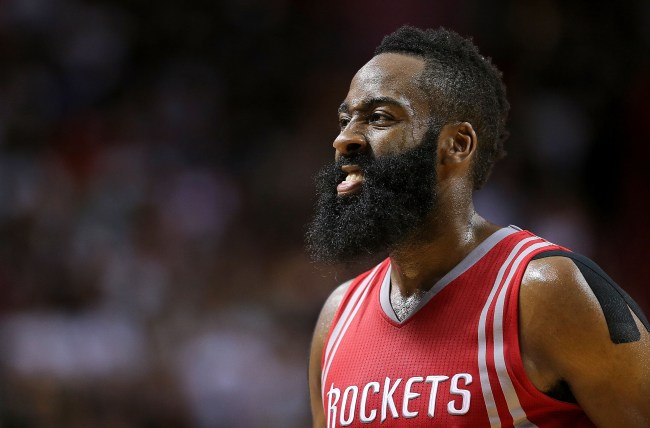 James Harden and the Houston Rockets are starting off the season on the wrong foot.

The Rockets superstar, who reportedly requested a trade this offseason, apparently missed the team’s first practice on Saturday after NBA’s coronavirus protocol prevented him from joining his teammates.

Silas said that Harden is expected to have an individual workout at the Toyota Center on Sunday evening, but the first-year coach said he has not had recent communication with the perennial All-Star guard.

Harden, who sources say has expressed a desire to be traded to the Brooklyn Nets, posted pictures on Instagram over the weekend that showed him attending rapper Lil Baby’s birthday party in Atlanta without wearing a face mask. The NBA required players to quarantine at home this week other than testing at team facilities, individual workouts and essential activities such as grocery shopping.

Instead of quarantining as required by the NBA, Harden was spotted at the strip club celebrating rapper Lil Baby’s birthday over the weekend.

It appears James Harden was partying at the Blume Restaurant in Las Vegas last night with rapper Lil Baby and others.

I have added a thread of video evidence below.

Looks like James Harden was at the strip club last night

Harden’s night out happened on the same day the NBA announced a ban on clubs/bars for players.

The NBA has not made a statement on Harden’s situation just yet.