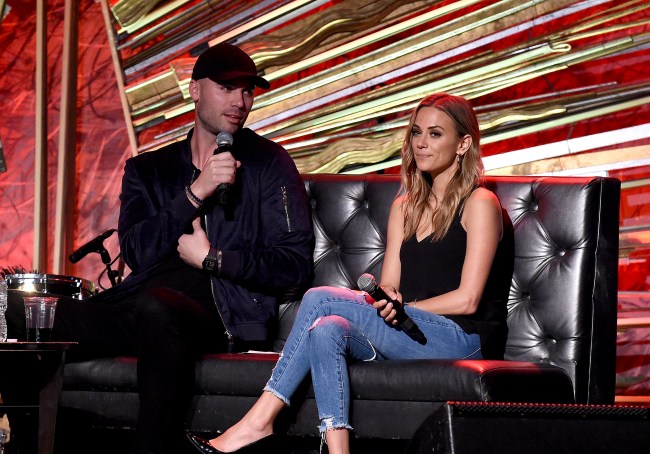 Earlier this year Caussin and Kramer, wrote a book called “The Good Fight: Wanting to Leave, Choosing to Stay, and the Powerful Practice for Loving Faithfully” about staying together despite Caussin repeatedly cheating on her in 2016 which he blamed on being addicted to sex at the time.

Caussin was caught cheating again on his wife after the release of the book and she decided that she had enough with him according to a report from People magazine.

On Friday it was reported that Kramer paid Caussin nearly $600k in the divorce settlement after the latest cheating scandal.

In a marriage dissolution agreement obtained by PEOPLE, the country music singer, 37, has agreed to pay Caussin, 34, a total of $592,400 as settlement of any claims the former NFL star may have in their marital estate.

Though Kramer will retain ownership of their home, Caussin will get to keep all the furniture in the master bedroom and bar room, as well as his truck, desk and dumbbells, according to the divorce agreement

Over the weekend, Kramer took to a trip to Miami with her friends as her divorce is getting finalized and she seemed to be in a good mood despite everything she’s going through.

Free. And not looking back. I thought not celebrating 6 years today would feel heavy and sad….and though there is sadness in the broken, there is more joy, happiness, freedom and self love than I’ve ever experienced. The weight has been lifted and I welcome the unknown, because there is so much beauty in what’s next. Find your strength and set yourself free…