Michael Jordan vs. LeBron James? Breaking Down Which Rookie Trading Card Is The G.O.A.T.

The market for trading cards continues to absolutely explode. It was valued at $13.8 billion in 2019 and is expected to reach $98.75 billion by 2027. The growth has been nothing short of explosive.

In this episode of Card Clout by Whistle, DJ Skee and Jason Concepcion go through some of the rarest and most sought-after NBA trading cards on the planet. These two trading card experts discuss which rookie card is the G.O.A.T., a 1985 Michael Jordan rookie card or a LeBron James HS card from 2001/2002.

DJ Skee and Jason Concepcion pull some incredible cards in the packs they open. Someone like myself would be over the moon to unpack a handful of the trading cards they pulled. But these seasoned veterans seem to value cards just a bit differently than you or me.

Hit play on that video to see which cards they pull!!

I would personally opt for the Michael Jordan rookie card primarily because of the historical value. A LeBron James trading card might be worth more in the future but the world could end tomorrow.

You might not recognize his name, but if you’ve spent some time on the internet over the past decade, there’s a good chance you’re familiar with the work of Jason Concepcion. That includes the hilarious stuff he’s regularly posted as @netw3rk on Twitter.

It also includes the equally fantastic articles and podcasts the content machine spent years pumping out while working for Grantland and The Ringer before turning his attention to All Caps, the NBA-centric show he currently helms.

Jason is the creator and host of the Emmy-winning series NBA Desktop. He lives and breathes basketball. So for any prospective collectors of trading cards out there, this is a person you should really listen to.

The Card Clout from Whistle’s YouTube channel has been one that I’ve really enjoyed. DJ Skee’s interview with UFC Champ Max Holloway was amazing. Max walked out of there with a Tom Brady rookie card! 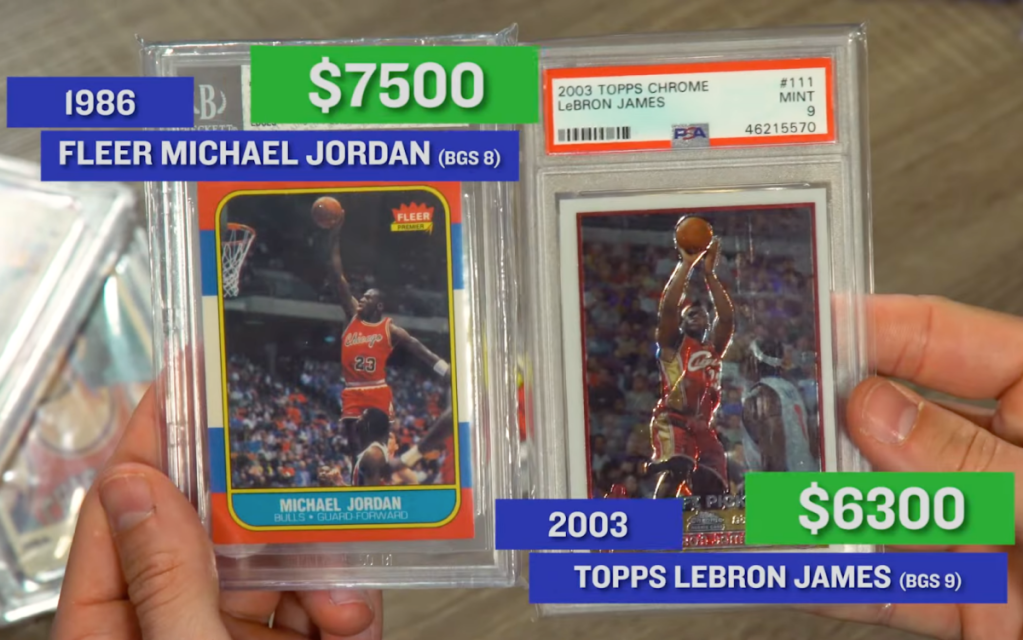