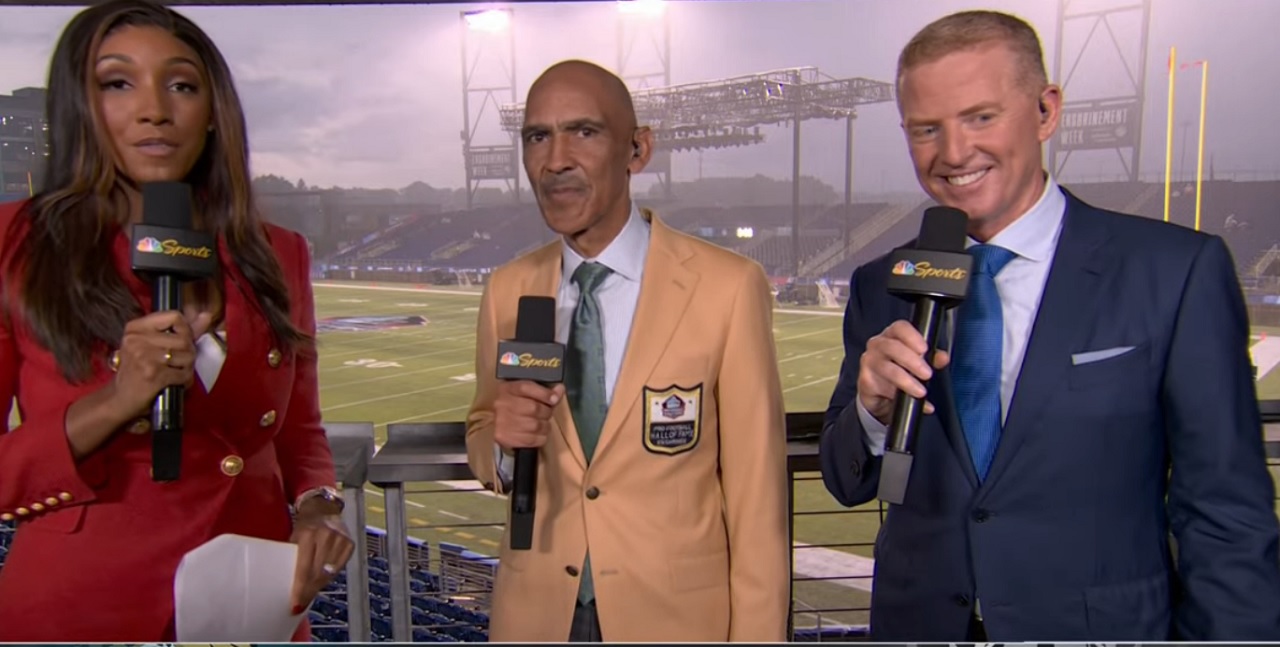 Garrett was tapped to replace Drew Brees who left NBC over the summer to spend more time with his family after a rough first year in the booth.

Brees departed NBC after one season of working as a Sunday night analyst and color commentator for Notre Dame games. His exit was reported last month and confirmed earlier this week by NBC Sports chairman Pete Bevacqua, who said Brees wanted to spend more time with his family in retirement.

Garrett has been working for NBC as an analyst on USFL games since April, though he apparently has not closed the door on a return to coaching.

During his first appearance, Garrett awkwardly told the same story twice during a rain delay, yelled into the microphone, and annoyed fans.

Shouts to Jason Garrett for telling the same story twice in a hour. Great start

Sorry.. I don't like Jason Garrett on this broadcast at all. The guy just yells into the mic.. even when he's 3 inches away from Tony Dungy and talking to him. Take a Xanax dude. It's only the preseason

THIS IS ME TYPING LIKE JASON GARRETT IS TALKING TONIGHT

Host: Trevor Lawrence has a chance to take a big leap this year

Jason Garrett: He does & let me tell you, one day in 1954 in a parking lot near Monmouth Beach NJ my uncle was in high school & he saw Trevor's dad running backwards on the beach and he was carved out of stone and

Someone tell Jason Garrett this story is way too long for live TV.

Turn on football for the first time in 170 days and Jason Garrett is on my screen 🤮 pic.twitter.com/XSIOHdzUhF

Jason Garrett has been standing like this for about 7 hours now #NFLTwitter #NFL pic.twitter.com/8feLD0HHgR

Just turned on the Raiders-Jags game. There is a weather delay and Jason Garrett is giving analysis.

It’s still the preseason, so Garrett has a lot of time to figure the TV stuff out, or else he’ll be out like Brees after the season.