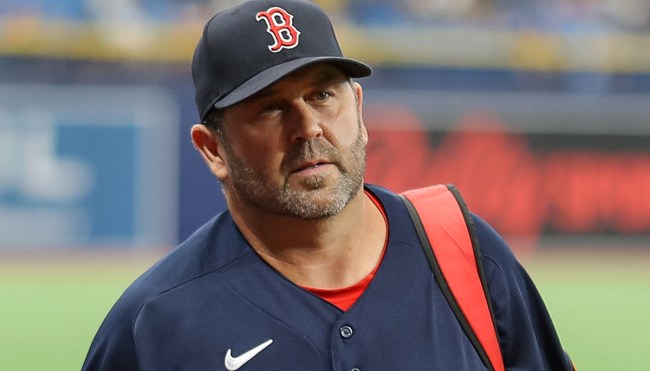 In 2004, the Boston Red Sox managed to stage one of the most improbable comebacks in sports history after finding themselves on the verge of a sweep and in desperate need of a borderline miracle while facing off against the Yankees in the ALCS.

“Magical” is really the only way to describe what ensued over the course of the next four games; you’d probably be laughed out of the writers’ room if you tried to script the series of events that led to the team vanquishing their bitter rivals en route to breaking the Curse of the Bambino and ending a World Series drought that spanned 86 years.

During that run, the Red Sox got plenty of help from notable names like Manny Ramirez, David Ortiz, and Curt Schilling. However, they were buoyed by the likes of Dave Roberts, Kevin Millar, and other less heralded members of the supporting cast who ensured they’ll never have to pay for another drink at a bar in New England for as long as they live.

Jason Varitek can count himself among that group thanks to the contributions the catcher made over the course of the 15 seasons he played in Boston before retiring in 2011. Since then, he’s held a variety of jobs within the organization where he currently serves as a “game planning coordinator,” which seems like a pretty sweet gig when you consider he recently had some time to take a trip to an amusement park in New Hampshire with his family in the middle of the season.

That visit resulted in a fairly serendipitous moment that unfolded when Varitek’s kids spotted someone rocking their dad’s jersey shirt, and his wife Catherine pulled out her phone to record the awesome exchange that unfolded after her husband approached the fan in question.

Kids pointed out a guy in a #Varitek shirt at @CanobieLakePark ….

So we hit him with a sneak attack! #RedSox #SoHappy #Kindness pic.twitter.com/YhyKUQzLUV

It’s safe to say this went a bit smoother than the time Manny Rameriz pulled a similar move after spotting someone wearing a Red Sox hat during a trip to Australia.