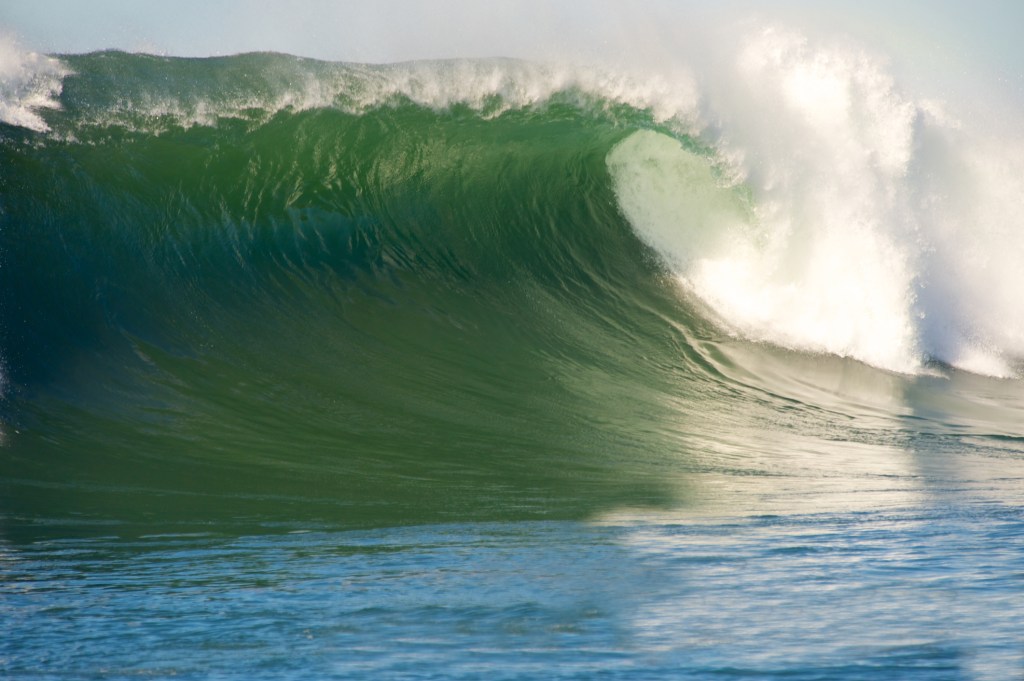 Pe’ahi (aka Jaws) on the North Shore of Maui is one of the most famous wave breaks on the planet for big wave surfers. Fun fact, the opening scene to James Bond’s Die Another Day was filmed at Jaws back in 2001 with Laird Hamilton, Dave Kalama, and Darrick Doerner as stunt doubles for Pierce Brosnan’s final Bond film.

When the conditions are right, Jaws produces some of the biggest, heaviest, and most powerful waves on the planet that are actually surfable. They often require a JetSki for tow-in surfing which is common in the sport of big wave surfing but you probably already know all about that.

The weather was perfect at Waimea Bay over the weekend for surfers and some of the pictures and footage from Saturday are beyond comprehension. Any mere mortals would’ve snapped their backs in half trying to ride these giants but the sports best surfers showed up and the action was incredible. I’ve got a bunch of photographs and footage from the action. Here’s John John Florence GOING OFF:

This clip hurts. Watch as the windsurfer gets gobbled up by the wave and then another surfer goes over the falls, one of the scariest feelings in the world. A backward free-fall knowing you’re about to hit the water and get the wind knocked out of you and there’s another massive wave coming right behind the one that just knocked you out. You’re hoping that your rescue squad is ready.

Photograph Brady Lawrence captured some stunning images from the day:

One of the more wild clips I saw was this dude ON A SKIMBOARD. Apparently, he’s one of just a few people on the planet crazy enough to attempt this which isn’t surprising. Why anyone would ride down these waves without fins is beyond me.

Then there’s this raw 4K footage of the action.

Meanwhile, we had some surfable waves on my little coast of Florida but it was too cold for my liking and I stayed as far away from the water as possible.