Jay Cutler’s Reaction To Brandon Marshall Asking Him For $60,000 After Gambling Away His Money In Vegas Is Exactly As You’d Expect 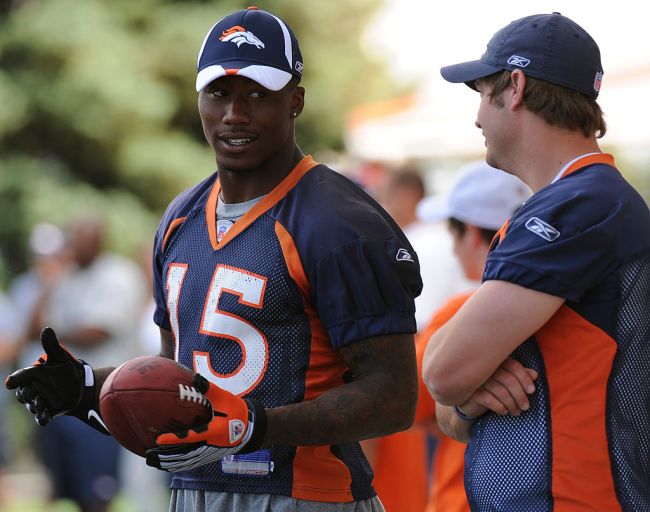 The relationship between Jay Cutler and Brandon Marshall is as complex as you’ll find in a pair of ex-teammates not named Pippen and Jordan.

Both were drafted in by the Broncos in 2006, and the two hooked up for an impressive 3,524 yards and 31 touchdowns during Marshall’s three seasons in Chicago before jetting for the Jets.

Marshall has defended Cutler against criticism in the past, but shattered any good will he accrued in September of 2019 when he admitted to Stephen A. Smith that despite being “one of the smartest guys” he’s ever been around, Cutler was “bad” and failed miserably in the leadership category.

The six-time Pro Bowl receiver’s lambasting of Cutler is especially surprising seeing as the quarterback bailed him out of a five-figure gambling debt during their third year with the Broncos.

On his I Am ATHLETE podcast, Marshall reveals how he was lured in by a $70,000 gambling marker (an interest-free line of credit to finance future bets) after The Mirage Hotel in Vegas offered to sweeten the deal by comping his villa and drinks.

He was like [big sigh], ‘Ah, B-Marsh.’ You know his body language and all, you could see it through the phone.

He’s like, ‘Alright, this is what we’re going to do though. You’re going to sign a paper or some type of document. You owe me.

As soon as I landed, he had that $60,000 check. I paid the marker off, went back into the season, made my couple hundred thousand and went on from there.”

No credit necessary, but I took it upon myself to return the favor on Marshall’s behalf. In the wake of Cutler admitting that he’s having a nightmarish time dating post-divorce, I took the liberty of creating a Tinder profile for the former quarterback highlighting his most endearing qualities. 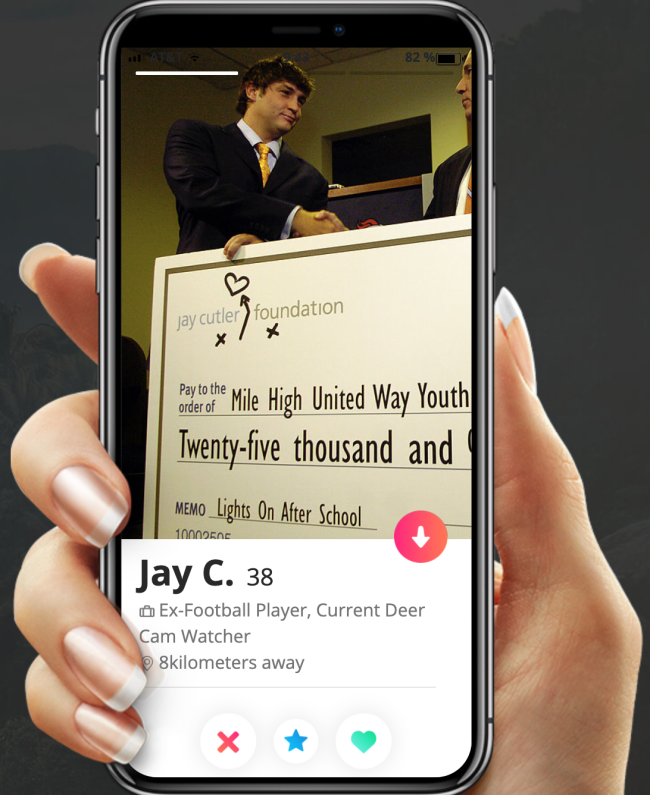