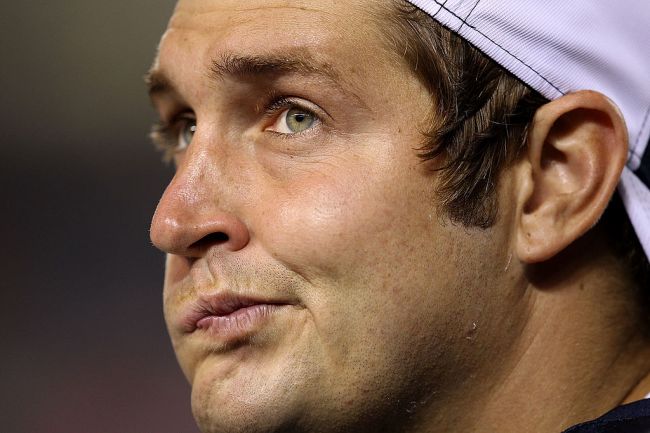 The move probably shouldn’t come as a surprise since Cutler was allegedly romantically linked to head Trump cheerleader Tomi Lahren. The retweet of support shouldn’t be surprising since Cutler’s ex-wife has said numerous times the guy is lazy as hell.

Now that the election is over, and Trump lost to Joe Biden, Cutler is alluding to something shady going on during the 2020 Election.

Cutler took to Instagram and posted a graph that showed how votes were going for both candidates over the course of the election.

In the graph, Biden’s numbers suddenly made a drastic shift over Trump’s numbers.

The graph also reads like a typical NFL season for Cutler with the red being TDs and the blue being INTs.

The dramatic jump in votes can be easily explained.

First, Donald Trump encouraged all his supports to “go out and vote” – sometimes twice – on Election Day while Biden urged his supporters to “stay safe” and vote by mail.

Perhaps Cutler should stay out of politics and stick to hunting chicken killers.