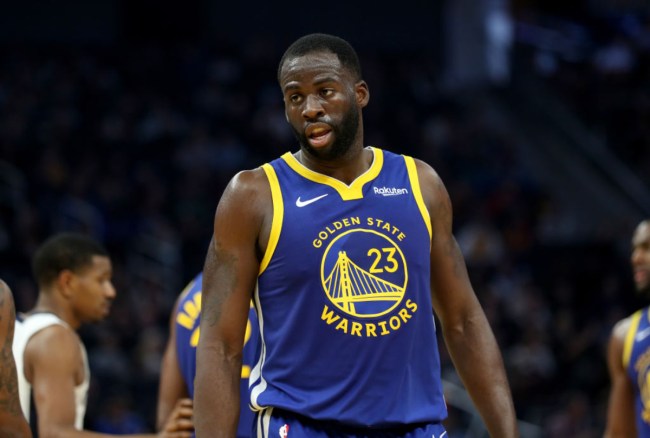 Draymond Green was ejected during Game 1 of the Warriors-Grizzlies series after committing a hard foul on Brandon Clarke, but Jay Williams thinks the Golden State big man should have been punished further.

Williams believes Green should have received a one-game suspension for his foul on Clarke.

The former NBA point guard’s opinion came the day after the league announced Memphis’ Dillon Brooks would be suspended for Game 3 after his foul, and ejection, on Gary Payton II in Game 2.

“I truly believe that Dillon Brooks did deserve a suspension for one game, but I also believe we really missed the boat on Draymond Green,” Williams said on Friday’s edition of ‘Get Up.’

.@realjaywilliams thinks the league should have disciplined Draymond Green after foul on Brandon Clarke.

Green and Brooks’ fouls were similar in the fact that both players struck the face of the player they fouled, but there is one major difference between the two flagrant 2 offenses.

Brooks struck Payton II while he was in mid-air, and the Warriors guard took a hard fall to the ground landing directly on his elbow. He fractured his elbow and will miss an extended period of time as a result.

Williams, and I think most other NBA fans, would agree that if Payton II didn’t suffer an injury, Brooks likely wouldn’t have received a suspension.

Game 3 on Saturday night should be a must-watch as the series between the Grizz and Warriors is off to a very chippy start tied at 1-1.