JBA Coach Shoves Own Player During Timeout, Calls Him A ‘B*tch’ 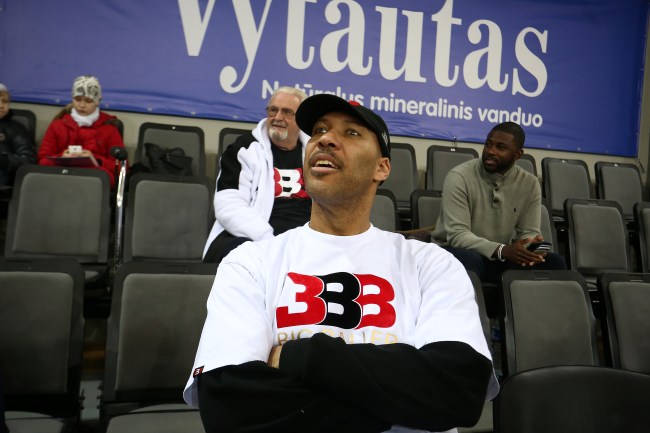 LaVar Ball’s Junior Basketball Association is coming up on its one month anniversary and has mostly captured headlines detailing its poor attendance and ‘me ball’ from the high school and junior college players that make up the eight-team league. Although I must give LaVar credit for paying players $3,000 a month and 60% of jersey sales (whatever that means) when there is no alternate universe that would pay the majority of them to play.

Looks like LaVar has found some hidden gems for the JBA. pic.twitter.com/QPtiOtbcX8

I’ve always contended that the only way I’d tune into the JBA consistently is if it branded itself as a basketball/WWE league–cranking up the drama with over-the-top personalities.

If yesterday was any indication, the JBA product looks to be trending that way.

Did the JBA just became appointment television? Is the JBA even on television?