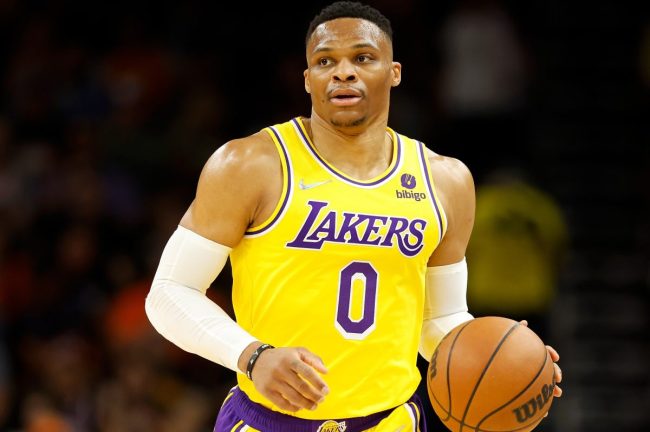 She supported him through a tough season last year where he was often criticized for poor shooting performances. Those critiques only steamrolled after Los Angeles missed the playoffs.

Now, she’s gone as far as to say he was the best player on last year’s team. Well, sort of.

In an interview with the Athletic, she said the following when asked about her team’s point guard.

“From my point of view, (Westbrook) was our best player last year.”

She later clarified when asked again, saying that she used the wrong word to describe Westbrook’s pecking order on the roster.

“The word I should have used was ‘consistent,’ He played 78 games last season.”

Those are two very different statements, and fans were quick to point that out.

While Westbrook may have played in more games than any other Laker, he certainly wasn’t the best player on the roster. That award, undoubtedly, goes to LeBron James.

James averaged more than 30 points a game last year while also ranking second on the team in rebounds, steals, blocks, and assists. Fans were quick to chime in on Buss’s statements.

Take a look at the immediate social media reaction below.

Things are bad when the franchise has to gaslight the fanbase.

Not the best look for Buss or Westbrook, but the two will be together for at least one more year barring an offseason trade.

Westbrook returns to the Lakers after picking up his $47 million player option. After this season, we’ll know if Buss still feels the same way.