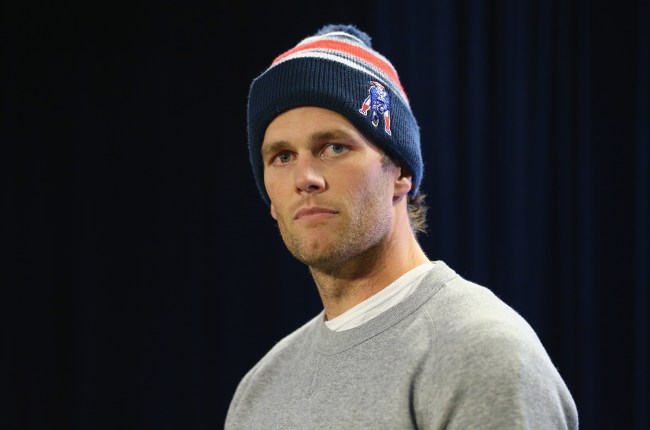 The Tom Brady to the Titans chatter and rumors were dead after it was revealed the original rumor originated when a student at an all-boys school in Nashville misidentified Gisele Bundchen roaming the halls.

Well, now the Brady to Nashville talk is alive and well.

ESPN’s Adam Schefter joined The Rich Eisen Show on Wednesday and dropped a bit of a bombshell. Schefter explained that he talked to colleague Jeff Darlington on Tuesday who told him that he has the Titans as the favorites to land Brady in free agency.

“He made [Tennessee] out to be more of an option than I realized it could be,” Schefter told Eisen. “In his mind, to rank the teams right now, it would be Tennessee, Las Vegas and New England. I think we all need to pay a little more attention here to Tennessee than we thought.”

.@TomBrady to…….. Tennessee? Las Vegas?@AdamSchefter on the latest landing spot he’s heard for the #NFL 🐐: pic.twitter.com/CXNk748AQu

After making his surprising claim, Schefter was quick to point out that this could throw a major wrinkle into the Titans decision-making process when it comes to Ryan Tannehill. Tennessee is expected to franchise tag Tannehill, but if the Titans think they do have a legitimate shot at signing Brady and they don’t put the tag on Tannehill then they would run the risk of missing out on both quarterbacks.

New England, Las Vegas and the Chargers have been the three teams dominating the conversation when it comes to where Brady could play football next season, but it’s pretty clear that Tennessee has joined that bunch.

Don’t forget that the Titans have a connection to Tom Brady and New England with head coach Mike Vrabel – one of Brady’s former teammates – and general manager Jon Robinson.

Related: Matt Damon And Ben Affleck Texted Tom Brady Asking If He Was Leaving The Patriots And Brady Hit Them Back With One Single Emoji