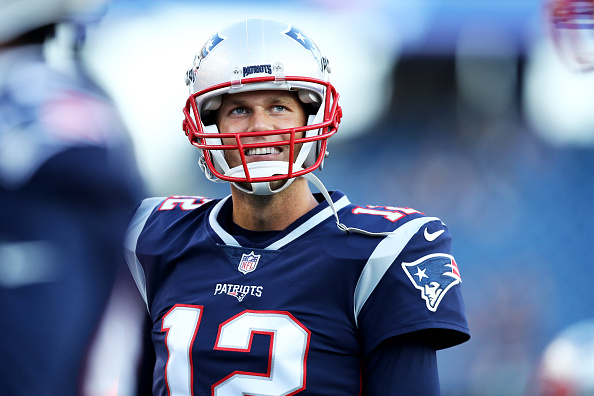 Tom Brady is keeping everything close to the vest regarding his future. While it’s clear that he’s not going to call it quits just yet, nobody knows whether he’ll return to the Patriots next season or sign with another team.

He’s not even telling Boston royalty Matt Damon and Ben Affleck what he’s going to do.

Ben Affleck joined ESPN’s Get Up on Tuesday to promote his new movie The Way Back and brought up the fact that he had been with Brady the night before. Naturally, Mike Greenberg asked if Affleck could tell them anything about Brady and his future.

Affleck, after saying he worshipped Brady, said that he and Damon texted him asking ‘what’s the deal, are you going or are you staying?’ and Brady replied back with the shoulder shrug emoji, that’s it.

There’s something cool and unique (maybe a bit weird too) imagining Brady, Damon and Affleck having a group chat and they’re just sending emojis back and forth. Let’s not forget that these are three dads in their 40’s sending texts like this.

Just the hip, millionaire superstar dads talkings like the kids do.

Affleck did go on to say that he would respect whatever decision Brady makes and that leaving New England to go after a better contract would be totally cool in his eyes.

Related: Patriots Are Reportedly Set To Offer Tom Brady Over $30 Million A Year To Stay As Chargers And Raiders Make Strong Push To Sign Him