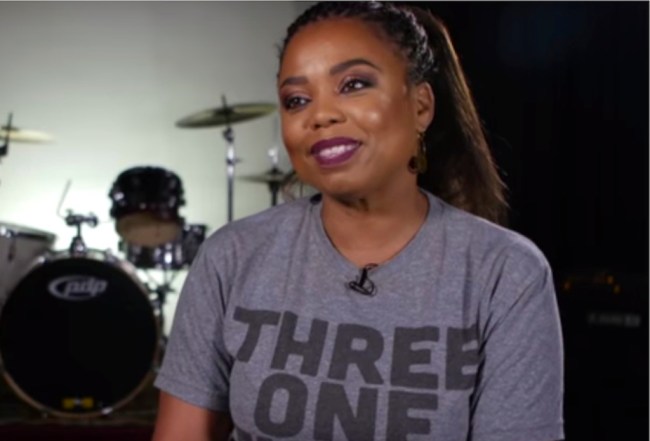 While Jemele Hill may no longer be at ESPN, recently taking a $5 million buyout to leave the Worldwide Leader to join The Atlantic as a Staff Writer, she did have a long run with the network. Included in that run were multiple appearances on popular shows like Around the Horn, Outside the Lines and, most prominently, hosting SportsCenter with Michael Smith.

Hill and Smith may have had a good relationship on-air, but, in a recent interview with , Jemele Hill said that things sort of got off to a rocky start with Smith, saying that her former co-host on SportsCenter gave her a cold-blooded excuse for not taking her on a date. Take a look at the video below.

Damn, that’s ruthless AF. Jemele Hill said that Michael Smith wasn’t picking up a lot of the signals she was putting out there — which is bad enough — but then he denied her to play Franchise mode in the Madden video game with the Arizona Cardinals. That’s one terrible excuse.

Although Jemele Hill missed out on Michael Smith, she ended up winning in the end, because she recently announced on Twitter that she’s engaged. Presumably, it’s to a dude who would rather spend time with her than play Madden.

So, uh, some personal news to share … I’m engaged pic.twitter.com/jqYtWGAofM

Nothing like a good love story, right? Even if it meant being turned down in one ridiculous way by a guy who ended up working with her for a long time.