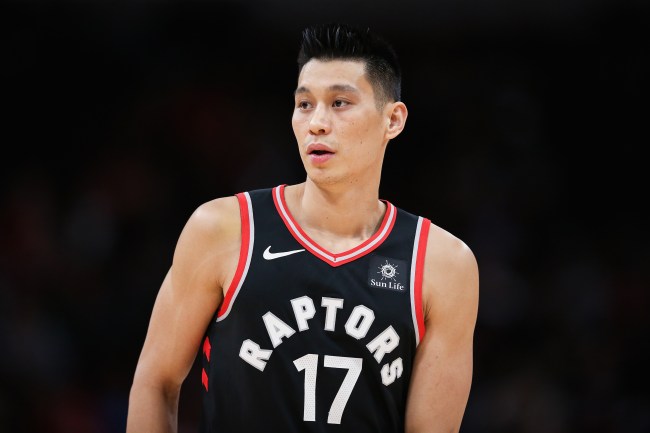 Not many men in history can put ‘NBA Champion’ next to his name, but Jeremy Lin ain’t one of them.

Barkley, Malone, and Iverson will go to their graves never having one the big prize, so we need not feel bad for Lin.

The 31-year-old is now a member of the Beijing Ducks of the Chinese Basketball Association six months after becoming emotional over the harsh realization that the NBA’s “given up” on him.

Lin’s new home across the world made him unable to attend the ring ceremony in October, so the Harvard grad just received his hardware.

He posted the 640-diamond ring on Instagram and it is gigantic.

Uhhhh lollll. Finally got my @raptors championship ring to Beijing and this things fatttt!! FAT! Thank you to Toronto and all the fans who made last year so memorable. Great ending to 2019, time to make more history in 2020. The ring literally takes over my hand…taking all suggestions on how to make it a lil more lowkey or should I just flex it everywhere I go lol 💎🏆#WeTheNorth#diamondsareforever

Congratualtions to NBA champion Jeremy Lin. We will never forget your contribution.

This Jeremy Lin finals highlight video has me HOLLERING. pic.twitter.com/93lyhKI9Q2