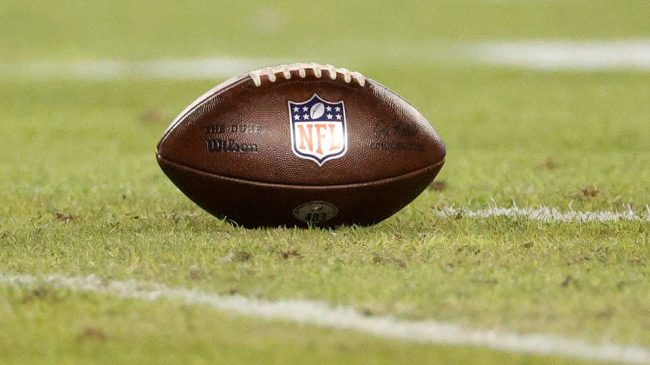 The best part of watching the NFL Draft is seeing the various prospects and their decked-out attire.

It’s more than just a professional event, it’s a chance for players to make a statement as they begin a new era of their lives. And what better place to do it than on the big stage for everyone to see?

In the past, we’ve seen players like Kyler Murray, Ja’Marr Chase, and Kyle Pitts make bold statements with their suit choices.

And we’re already seeing some swag before this year’s event has even kicked off. Cornerback and projected top 10 pick Sauce Gardner flashed his iced-out look hours before the draft’s start.

But he’s not the player that the NFL world is keeping their eye on in 2022.

Which prospects will have the best outfit?!⁰⁰@MikeGarafolo has some inside scoop on Jermaine Johnson II’s @NFLDraft fit.⁰@ii_jermaine | @FSUFootball |. @NFLDraft pic.twitter.com/BdxSAOMXkw

NFL analyst Mike Garafolo thinks that Jermaine Johnson will be the best dressed player in this year’s draft class. He’s banking on Johnson’s designer, the Gentleman’s Playbook, as being the reason why.

Owner Tom Marchitelli provides a number of athletes with high dollar menswear, and he’s already designed a look for the defensive lineman.

In the past, he’s designed for sports stars like Rick Flair, Saquon Barkley, and MLBer Eric Hosmer.

I don’t think they knew we did it like that too @TheRealHos305 Custom camo #MLBStyle pic.twitter.com/0zwVNdnZhZ

Don’t let Mike take a bite out of that jacket, @RicFlairNatrBoy! https://t.co/H8W6NEer5w

He was also responsible for the tiger print suit donned by Joe Burrow.

“I make too much money to have fake ones.” Joe Burrow wearing his #SuperBowl exclusive GentsPlaybook Custom black and grey abstract stripes 3Piece suit. What more can I say?! pic.twitter.com/bJ0MSXI4UN

Johnson seems ready to live up to those lofty expectations judging by his reply to Garafolo’s post, and we’ve even gotten a sneak peek as to what his outfit will look like tonight.

The bright suit pays homage to his high school and college programs. Johnson played for the Georgia Bulldogs before transferring to Florida State to wrap up his career.

This getup is LOUD. Nobody will miss Johnson walking the stage, and that’s just what the soon-to-be NFLer wants.

Johnson has been skyrocketing up draft boards of late, rising as high as No. 4 in the latest mocks. Marcus Spears went as far as to say he’s the top player in the draft.

He may not wind up going No. 1 overall, but he should take the trophy for best dressed player.