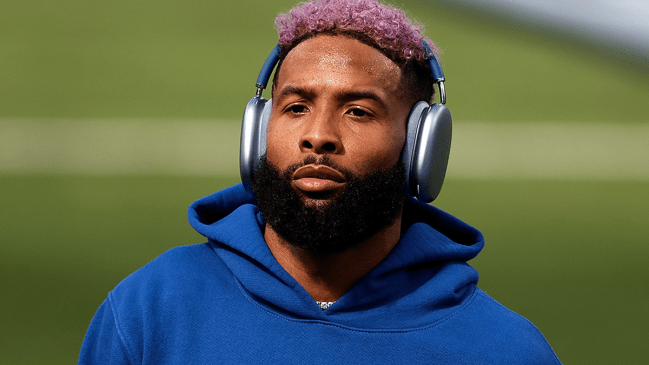 It’s been close to 300 days since Odell Beckham Jr. suited up for an NFL team, as the wide receiver has been sidelined by the brutal non-contact knee injury that sent him to the locker room in the closing minutes of the first half in Super Bowl LVI.

The Rams have made it very clear they’d be very happy to welcome the free agent back to Los Angeles with open arms, but the three-time Pro Bowler seems very intent on keeping his options open thanks in so small part to the bidding war he’ll undoubtedly spark when he officially announces his return to football.

It’s still unclear exactly when that will be, but based on what Ian Rapoport had to say earlier this week, it seems like Beckham is on track to officially kick off his comeback at some point in the next few weeks.

The star wideout has already started gearing up for his return by chatting with some of his potential suitors—none of which appear to be thirstier for his talents than the Dallas Cowboys.

Ezekiel Elliot didn’t dance around the subject when he bluntly stated he would love to add the WR into the offensive fold, and while Jerry Jones was somewhat coy when he initially expressed interest in OBJ at the start of November, he’s become decreasingly shy while repeatedly echoing the same sentiment.

Things did take a somewhat unexpected turn over the weekend after Beckham was kicked off a plane in Miami prior to takeoff by flight attendants who claimed he was “in and out of consciousness” and refused to buckle his seatbelt (although he has publically disputed the framing of the situation).

While that could be viewed as a cause for concern, it didn’t seem to rattle Jones, who reaffirmed his interest in signing the receiver while downplaying the incident during his weekly appearance on 105.3.

Jerry Jones said on 105.3 The Fan that Odell Beckham Jr.’s incident on a flight over the weekend is not an issue to the Cowboys’ interest. “His overall team compatibility, his judgment, his behavior is not an issue with him,” Jones said. “It is with many. It isn’t with him.”

That endorsement came a few minutes after the segment was briefly derailed when Jones founds himself grappling with a  coughing fit he joked about combatting with a shot of Jack Daniels.