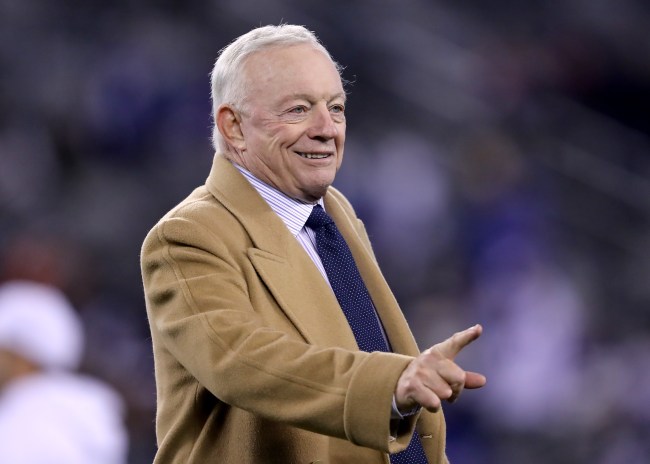 Jerry Jones doesn’t appear to be a man who regrets much. After all, the billionaire owner of the Dallas Cowboys took a $140 million investment into the iconic franchise in 1989, and has turned them into the most valuable sports team in the world, with an expected valuation of $5 billion. That’s pretty good business.

While Jerry Jones has been successful in nearly everything he does, one thing that seems to haunt him is the outside chance of hiring Bill Belichick as head coach of the Cowboys back in the middle of the ’90s. No, that was not a typo, guys, because Jones mentioned that it was very much a possibility, but he never took Belichick up on his offer to become a candidate.

Chatting with 105.3 The Fan, Jones explained how he and Belichick crossed paths in a ski lodge around 1995, right after the head coach had been fired by the Cleveland Browns — which, ultimately, became the Baltimore Ravens that next season — and how the now six-time Super Bowl winning head coach inquired about any opportunities with the Cowboys. Unfortunately, Jerry Jones never seemed to follow up, and, well, the rest is history.

Per Jon Machota of The Athletic:

“There was a moment at ski lodge back in the mid-90s where Belichick and Jones ran into each other. The future head coach of the New England Patriots had just been fired by the Cleveland Browns and was looking for his next opportunity. He told Jones to keep him in mind if there was even an opportunity for him with the Cowboys.

“I’ve thought about that many times,” Jones said. “You never know where you can find a great coach. You can find them in a ski checkout line sometimes.”

Considering this is right around the time the Cowboys were winning Super Bowls — led by future Hall of Famers like Troy Aikman, Emmitt Smith, Michael Irvin, Larry Allen, Charles Haley and Deion Sanders, among others — it would’ve been insane if Jerry Jones could’ve added Bill Belichick to that mix of talent. Of course, who knows if he would’ve been the same guy then as he’s proven with the Patriots now, but that’s a conversation for a different day.

There are a lot of “what if…” scenarios in sports history, but the one that Jerry Jones told today has to go down as one of the biggest. Imagine if Belichick would’ve approached Jones a year prior when the Cowboys replaced Jimmy Johnson with Barry Switzer; would Jones have (maybe) considered Belichick instead? What if Jones saw potential in the young head coach and fired Switzer in favor of Belichick? How would Belichick managed all those enormous personalities of the mid-90s Cowboys? All these things would’ve been fun to have answers to, wouldn’t they? Sadly, we’ll never get those answers, and are just left with what could’ve been.