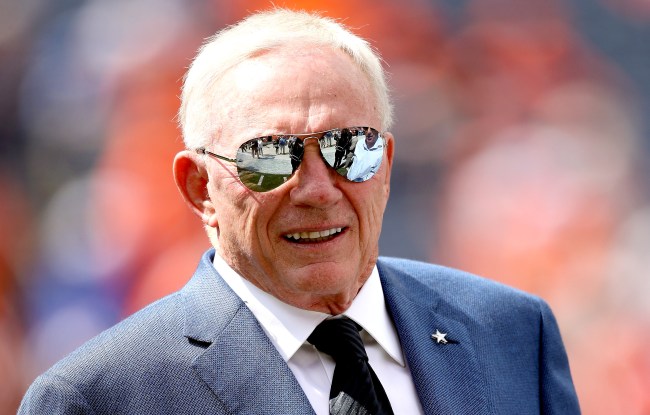 During his weekly appearance on 105.3 The Fan, Dallas Cowboys owner Jerry Jones discussed the Colin Kaepernick workout, referring to it as a circus, and saying it “wasn’t about football.”

When asked if the shenanigans that took place between the NFL and Kaepernick turned the workout into a circus, Jones agreed saying, “I think so. We, of course, aren’t in the quarterback business. We’re in the business of anytime anywhere looking for talent, whether we need it now or whether we need it in the future. So the way these things work, you have the evaluation whether you’re there or not. You have that evaluation. I think it’s unfortunate that you can’t just zero in on the business at hand and that is evaluating a player that might or might not help you win a football game or move the chains within a football game.”

The Cowboys were reportedly not one of the teams that were planning on attending Kaepernick’s workout.

“But that situation from the get-go probably had a lot more that wasn’t about football involved in it, and consequently we got the result of that dynamic,” Jones added.

Jones also reiterated the reason the Cowboys weren’t interested in Kaepernick’s workout is because they’re happy with their current quarterbacks Dak Prescott and Cooper Rush.