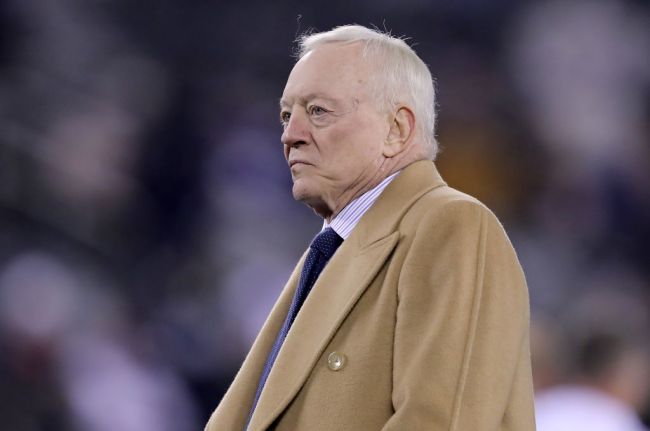 Jerry Jones didn’t like what he saw from the refs on Thursday.

During the Cowboys-Raiders Thanksgiving day game, both teams were hit with 14 penalties, and the Cowboys were penalized various times for defensive pass interference.

The most significant call in the game came in overtime when Anthony Brown was called for a pass interference penalty on third-and-long, which eventually led to the Raiders kicking a game-winning field goal.

After the game, an annoyed Jerry Jones was unhappy that the most-watched game this season was determined by penalties.

Cowboys owner Jerry Jones on 28 combined penalties today in loss to Raiders: “I call it ‘throw up ball.’ …This will arguably be the most-watched game other than the Super Bowl. I hate that it got down to just throwing the ball up and getting the penalties to get you big plays.”

Cowboys owner Jerry Jones is not pleased with the way today’s Cowboys vs. Raiders game was officiated: “(The Raiders) took advantage of the situation. I call it ‘Throw up ball.’” pic.twitter.com/trMKgyfBw2