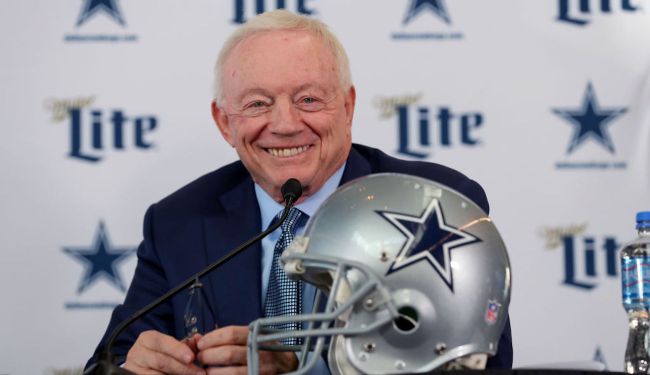 Jerry Jones, the 79-year-old billionaire owner of the NFL’s Dallas Cowboys franchise, was reportedly hospitalized following a car accident on Wednesday night. Police say that Jones’ injuries were “not serious” and that he was taken to the hospital for “precautionary reasons.”

At this time, it is not clear whether or not Jones was driving the vehicle, or if he was a passenger.

WFAA, citing multiple Dallas police sources, reported that Jones was in a crash just before 8:10 p.m. CT near Wolf and Harry Hines Boulevard. Emergency crews were called to the scene, and Jones reportedly suffered minor injuries.

A Dallas police spokesperson said the department doesn’t give the names of people involved in crashes unless there is a fatality. [via ESPN]

In a text message to ESPN’s Todd Archer, Jerry Jones’ son Stephen Jones, who serves as the Cowboys’ executive vice president, said that his father is “all good.”

Since buying the Dallas Cowboys in 1989, Jones has won three Super Bowls as the team’s owner, although it’s famously been close to 30 years since the team won its last title. The Cowboys were one of the favorites to win the Super Bowl in 2021, however, they lost at home to the San Francisco 49ers during the Wild Card round of last season’s NFL playoffs.